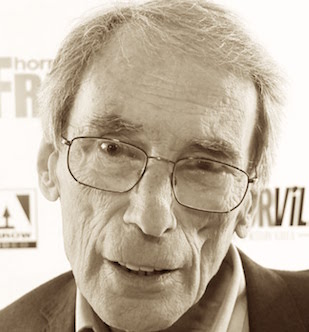 Along with the films of Pete Walker, Warren's movies are sometimes dubbed "New Wave" British horror, on the basis that they upped the ante in terms of sexual explicitness and gore from that of the Hammer and Amicus productions that dominated the genre in UK cinema up to the early 1970s.

An avid film fan from childhood, Warren entered the film industry as a runner on The Millionairess (1960) and as an assistant director (The Dock Brief, 1962) before directing the short film Fragment in 1965. Calcutta-born Bachoo Sen (1934–2002), owner of the Astral Cinema in Brewer Street, London, who had an interest in film production, saw Fragment and subsequently hired Warren to direct two feature-length sex films, Her Private Hell (1968) and Loving Feeling (1969). Both were successes, but Warren saw little of the profits.

Not wanting to be typecast as a director of sex films, Warren turned down a third directing offer from Sen (Love is a Splendid Illusion, 1970) and had to wait several years to raise the money required to make Satan's Slave (1976), the first of a series of horror films that he directed. Warren's final two films, Bloody New Year and Gunpowder (both 1987), were hampered by low budgets imposed by producer Maxine Julius.

Although Warren did not release a feature film between 1987 and 2016, he continued to work in the industry directing music videos and educational short films such as Person to Person, a BBC film designed for students of English. His horror films developed a following, culminating in the making of Evil Heritage, a 1999 documentary about his work, and the release of a DVD box set in 2004.

In 2007 Warren worked on the supplementary features for the Region 1 DVD releases of Corridors of Blood (1958), The Haunted Strangler (1958) and First Man into Space (1959). He is a regular guest at Manchester's Festival of Fantastic Films.

In 2016, Warren announced whilst being interviewed by journalist Steve Green[6] that he was in post-production on a new feature film, a thriller set in London's Chinatown. The completion of Susu was confirmed at Birmingham FearFest in May 2017, at which Warren was a guest of honour.[7]