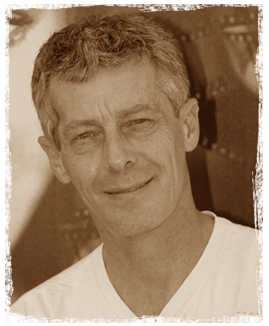 Michele Soavi was born in Milan. As a teenager, Soavi enrolled in creative arts classes and developed into a talented actor. He took acting lessons at Milan's Fersen Studios, but his greatest talent was working behind the camera.[2] Soavi's directorial career began when he was offered an assistant director job by Marco Modugno after appearing as an extra in Modugno's 1979 film Bambule.[2] Soavi continued to act in films such as Alien 2 on Earth and Lucio Fulci's City Of The Living Dead, and served as an assistant director to Aristide Massacessi (Joe D'Amato), and occasionally appeared in bit parts in some of D'Amato's films. Soavi later came into his own when he started his collaboration with famed Italian horror director Dario Argento, who used him as second assistant director on the film Tenebre.[2] Soavi continued to work with Argento for several years; with his first credit as director being the documentary Dario Argento's World of Horror, followed by a pop promo for Bill Wyman.[2] He directed his first feature film with 1987's StageFright for producer Joe D'Amato.[3] He worked as assistant director to Terry Gilliam on The Adventures of Baron Munchausen in 1988, and followed this with his second feature film as director, 1989's La Chiesa (The Church). His third feature, The Sect (aka "The Devil's Daughter"), followed in 1990.[2]

Soavi has been credited as almost single-handedly continuing the traditions of Italian horror in the 1990s, directing the acclaimed zombie love story Dellamorte Dellamore (aka Cemetery Man).[2] The film was based on Tiziano Sclavi's comic book Dylan Dog, and starred Rupert Everett in the lead role.[1] Soavi retreated from the film industry in the mid 1990s to care for his ailing son, but, in recent years, he has begun working once more in Italian television.[2]

In 2008, it was announced that Soavi was working on a new feature film, The Catacombs Club.