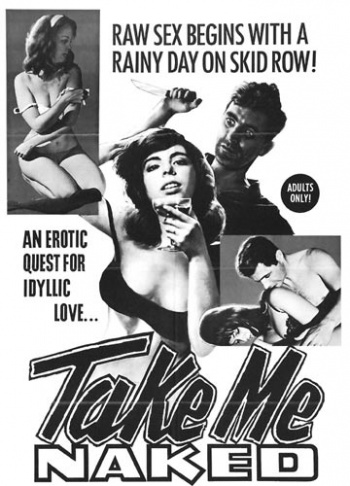 Michael Findlay (1938-1977), along with his wife Roberta Findlay, directed and produced numerous sexploitation movies. They have been described as "the most notorious filmmakers in the annals of sexploitation".[1]

In the mid-to-late 1960s, Findlay was prominent among a small group of underground New York filmmakers (including Joseph W. Sarno, Joseph P. Mawra, and Lou Campa) that produced exploitation "roughies" (a mix of sex and sadism) for the grindhouse theater market. Sometimes he would direct under the alias Julian Marsh and act in his own films billed as Robert West. His wife Roberta (aka Anna Riva) was the cinematographer, co-writer, and supporting actress for many of their films together. They also employed the same actors repeatedly, most notably Uta Erickson, and Marie Brent, aka Janet Banzet.

The Findlays were friends with George Weiss, producer of Ed Wood, Jr.'s Glen or Glenda and a series of fetishistic Olga films (Olga's House of Shame, Olga's Girls, et al.). In 1964 Weiss encouraged them to make films in this new subgenre of violent sexploitation.

Findlay's first film, 1964's Body of a Female told the story of a sadistic brute who keeps women as prisoners in his home. This film predated both David F. Friedman and Doris Wishman's sexploitation entries by at least a year.

In 1965 he directed The Sin Syndicate, a faux documentary about prostitutes turning State's evidence against the Mob, and the infamous Satan's Bed starring a then-unknown Yoko Ono (three years before she met The Beatles' John Lennon). This is actually two films edited together. In the unfinished Judas City, Ono plays the fiancee of a drug pusher who is eventually robbed and raped. Findlay added a secondary story about three addicts on a crime spree who terrorize several women. Roberta Findlay plays one of their victims.

This was followed by Take Me Naked (1966), a lurid story written by Roberta Findlay about a depraved Peeping Tom whose fantasies involve his neighbor (played by Roberta Findlay). Michael Findlay also appears as the "Angel of Hell."

Findlay's breakthrough film was The Touch of Her Flesh (1967). He directed and starred in this story of a sadistic, misogynist psycho-killer who stalks prostitutes and strippers. The killings are done with imaginative devices such as poison-tipped rose thorns, blowdarts, a crossbow, a scimitar, and a buzzsaw.

The movie became a surprise hit, calling for two sequels, The Curse of Her Flesh and The Kiss of Her Flesh (both 1968). The trilogy, filled with fetishistic scenes of bondage, whipping, torture, and grotesque violence, was unusual for its time and presaged the 1970s slasher horror films to come.

Findlay continued to make films about perverse sexuality and violence with A Thousand Pleasures (1968), and The Ultimate Degenerate (1969), which was largely a remake of Body of a Female.

In the 1970s the Findlays turned toward horror films including Slaughter, the 1971 film that, after further contributions from Allan Shackleton, became Snuff (1976), the namesake of the fictional snuff film genre. Michael Findlay is also the director of the 1974 Yeti slasher movie, Shriek of the Mutilated.

On May 16, 1977, Michael Findlay was killed in a helicopter accident on the roof of the Pan Am Building in New York City. The accident occurred shortly after the 5.33 pm arrival of the New York Airways helicopter from John F Kennedy Airport. It was in the process of taking on 21 passengers for the return trip when the landing gear failed and the aircraft tipped on its side while the rotors were still running. Findlay and two other passengers in the process of boarding were slashed to death as the spinning rotors detached and disintegrated. Another male passenger died later in hospital. A woman on the street was killed when hit by falling debris.[2][3]

A "Michael Findley" of Manhattan was named in press reports as being one of the three men on the roof to be killed instantly when "literally cut to pieces." [4] Other reports claimed the bodies were not "transsected" but had "deep lacerations".[5]