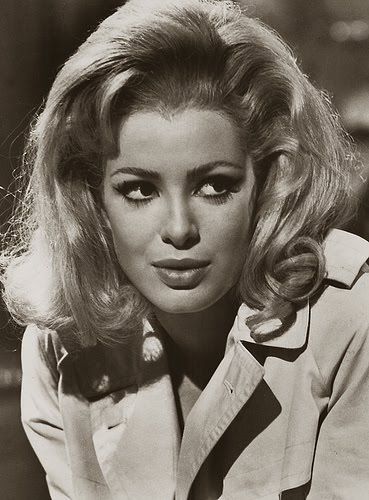 Margaret Lee (Margaret Gwendolyn Box, born August 4, 1943) is a British actress who came to fame with Italian films in the 1960s and 1970s. Her first motion picture role after moving to Rome was the peplum Fire Monsters Against The Son Of Hercules (1962) co-starring next to Reg Lewis. Comedies made her a star in Italy at first, many starring the popular comedians Franco Franchi and Ciccio Ingrassia, which never found a larger audience outside Italy. She went on to star in Eurospy films in the mid-60s, playing sexy femme fatales. She got discovered by producer Harry Alan Towers, who brought her to international fame via starring roles in films such as Circus of Fear (1966), directed by John Llewellyn Moxey, the spy-comedy Our Man in Marrakesh (1966), the action film Five Golden Dragons (1967); the thrillers Venus in Furs (1969) and The Bloody Judge (1970) and Dorian Gray (1970).

Lee's co-star in Circus of Fear, Five Golden Dragons, Coplan Saves His Skin and Venus in Furs was German actor Klaus Kinski (a regular in Harry Alan Towers productions). The pairing of Lee and Kinski was very popular – especially in Italy – they continued to act together until the early 1970s; appearing in a total of 12 films. Lee went on to appear in Fernando DiLeo's giallo classic Slaughter Hotel (1971). She left from the Italian movie scene in 1974, and returned to England. Lee later returned to Italy in 1981 making a minor movie comeback in Dino Risi's comedy Sesso e volentieri (1982), which reunited her with her old co-star Johnny Dorelli. This was to be a short return as she only appeared in one more film, the obscure crime-comedy Neapolitan Sting (1983), before retiring from movies completely.