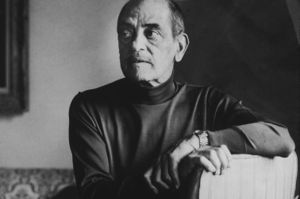 Luis Buñuel (February 22, 1900-July 29, 1983) was a Spanish movie director/writer/producer/sometime actor known as a pioneer of Surrealist cinema. While studying at the Universidad de Madrid, he became friends with Salvador Dalí, who would become a famous Surrealist artist. In 1929, they collaborated on the infamous, classic short film Un Chien Andalou. Their friendship collapsed around the time Buñuel began work on L'age d'or. Buñuel would make many more films, and even made a rare step into the mainstream with 1967's Belle du Jour, his most commercially successful film. His last film as a director was 1977's Cet obscur objet du désir. He died of pancreatic cancer at the age of 83. - Written by JKData