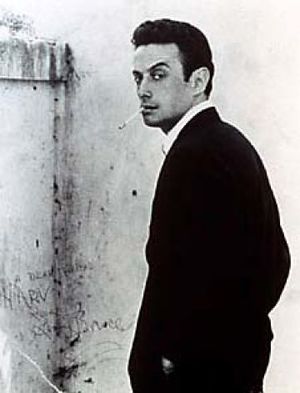 Born Leonard Alfred Schneider, Lenny Bruce (1925-1966) was a Jewish-American comedian, writer and sometime actor who pioneered the use of profanity in stand-up comedy and influenced numerous comedians who followed, including Richard Pryor, George Carlin and Bill Hicks, as well as the musician Frank Zappa, who even opened for Bruce a few times.

"There is only what is, and that's a pretty good place for a start."