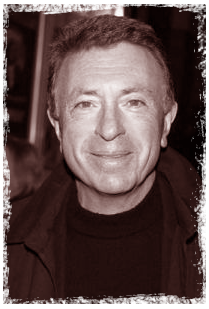 Larry Cohen (July 15, 1941 - March 23, 2019) was a writer/director/producer. Born in New York's Washington Heights, Larry was interested in films from an early age and he also loved comic books growing up. Later on, he got a job at NBC in the late 50s.

One of Cohen's first big thrills was witnessing Alfred Hitchcock shooting scenes for his 1959 thriler North by Northwest. Cohen later went on to create the idea for Branded, the Western TV series starring Chuck Conners. He actually came up with the idea after looking through a movie catalog while waiting in a producers office. He wrote screenplays for the series as well. Cohen met Alfred Hitchcock in the mid 60s and he had written several scripts Hitch liked like: Special Effects, Daddys Gone A Hunting and Phone Booth.

The first film Cohen made was called Bone (1972) starring Yaphet Kotto. It was a satire about Beverly Hills lifestyles. It has become a cult classic of 70s cinema. The next film Cohen worked on was called Black Caesar (1973) starring Fred Williamson. It was Cohen's blaxploitation riff on the gangster films from the 30s and 40s. Cohen also directed the sequel to Black Caesar called Hell Up In Harlem which came out the same year. Then he began filming the ultimate '70s family horror movie It's Alive!, a Hitchcock influenced horror film. He also collaborated with Hitchcock's well known composer Bernard Herrmann on the film. In 1976, Cohen made God Told Me To, which contained themes of science fiction, gender ambiguity and religious imagery. It was a subtle critique on civilized patterns of human behavior. In 1978 he directed the sequel to It's Alive!: It Lives Again, starring Frederic Forrest, Andrew Duggan and Eddie Constantine. It Lives Again showed that the monster needed protection from society rather than vice versa.

During the 1980s, he worked with talents from the New York underground such as Eric Bogosian and Ann Carlisle on films such as Perfect Strangers and Special Effects (both 1984), the latter was based on a screenplay originally written for Hitchcock titled "The Cutting Room".

Cohen shot his homage to North by Northwest, The Ambulance in 1990, sadly it went straight to video. He continued writing screenplays such as Guilty as Sin (directed by Sidney Lumet in 1993). Then in 1996 Cohen got a call from Fred Williamson who asked him to direct Original Gangstas, which reunited several stars of the 70s Blaxploitation genre such as Williamson, Pam Grier, Jim Brown and Richard Roundtree. It was shot in the declining industrial area of Gary, Indiana. Cohen even managed to get several of his own radical insights into the script.

Due to the commercial success of Phone Booth (2002), Cohen has been given the green light to write a new screenplay. When he originally wrote Phone Booth, mobile phones were still of the future, hence the final film showed that the main character used one of the last phone booths standing in New York.

In 2016, Larry was the subject of an upcoming documentary entitled King Cohen about his life and career in the film business.