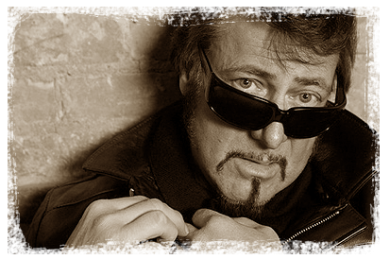 Larry Bishop is the son of the late famous comedian and Rat Pack member Joey Bishop. Early in his career, Larry and Actor/Director Rob Reiner (All in the Family, Stand By Me) were a comedy duo. In the late 60s and early 70s Larry went on to star in several classic exploitation films like Wild in the Streets, Chrome and Hot Leather, The Savage Seven and Angel Unchained. Larry also appeared on many popular TV shows like I Dream of Jeannie, Kung Fu, Love, American Style, and Laverne and Shirley. More recently he appeared as Larry Gomez, a crude strip club owner in Quentin Tarantino's smash hit Kill Bill (2003-04). In 2007, Larry revisited his biker film roots and wrote/directed one of his own called Hell Ride co-starring his friends Michael Madsen, David Carradine and Dennis Hopper. The film was released into theaters in the Summer of 2008 and is now on DVD.