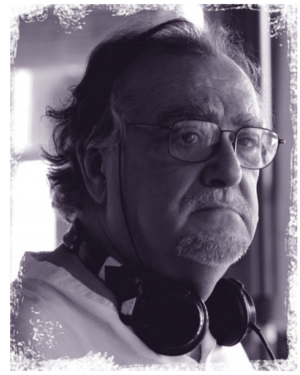 Lamberto Bava was born April 3, 1944. He is the son of Mario Bava (1914-1980) and entered the film business as his father's personal assistant for the Planet of The Vampires (1965). After learning the business first hand at his father's tutelage, Lamberto served as assistant director for the remainder of Mario's films including co-writing the script for his father's last film, Beyond The Door II (1977). Lamberto directed his first solo film in 1979, Macabre (Italy) (1980)--a film that was written and directed six weeks. His father, Mario, passed away just two months after the film was released. Macabre proved to be unsuccessful and Lamberto returned as assistant director for Dario Argento's Tenebre (1982) (He had worked with Argento on his 1980 giallo thriller Inferno). Shortly afterward, Lamberto would go on to direct three low-budget exploitation epics: A Blade in The Dark (1983), Blastfighter (1984), and Devil Fish (1984) (The last two films were credited to "John Old, Jr.") Lamberto Bava's biggest commercial success came in 1985 with his Demons, which was produced by Dario Argento and co-written by Dardano Sacchetti. As a result of the success garnered from Demons, Lamberto wrote, produced, and directed a sequel, Demons 2, the following year. After his return to giallo with Delirium: Photo of Gioia (1987) and a 1989 remake of his father's Black Sunday (1960), Lamberto would return to television as the Italian cinema waned.