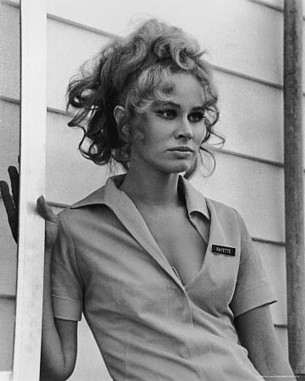 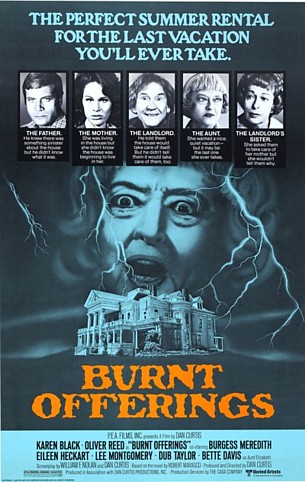 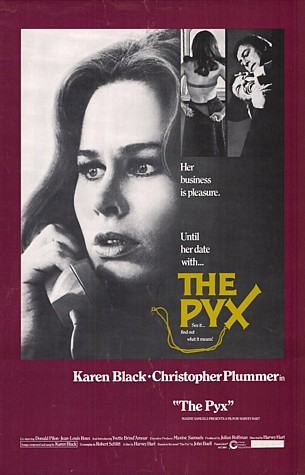 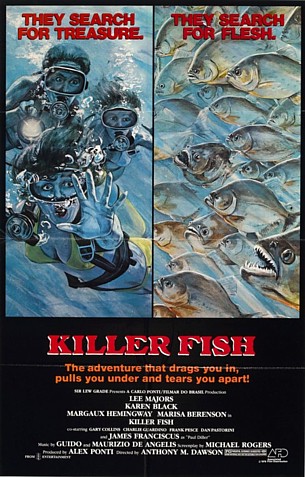 Karen Black was born Karen Blanche Ziegler in Chicago in 1939. She attended Northwestern University, Illinois, before moving to New York to become an actress in the late 1950s where she studied with famous method coach Lee Strasberg.

She took the surname Black from her first husband and made her first ‘blink and you’ll miss it’ film appearance in the 1959 juvenile delinquent flick The Prime Time which was produced by Godfather of Gore himself Herschell Gordon Lewis. Her first major film role was in Francis Ford Coppola’s ‘You’re A Big Boy Now’ in 1966. From the very start Black’s movie career embraced both the mainstream and the fringes, art and exploitation, yet she brought the same commanding presence to every role she assumed.

In 1969 she starred in Dennis Hopper’s iconic existential biker flick ‘Easy Rider’ and followed this the next year with Bob Rafelson’s ‘Five Easy Pieces’ for which she was awarded a Golden Globe and gained an Oscar nomination for best supporting actress. Black garnered attention and acclaim for her performances in ‘The Great Gatsby’ (1974), ‘The Day of The Locust’ (1975), ‘Airport 1975’ (1974), ‘Come Back To The Five And Dime, Jimmy Dean, Jimmy Dean’ (1982) and Alfred Hitchcock’s final film ‘Family Plot’ (1976).

Alongside these notable mainstream hits, and roles in numerous TV shows such as Miami Vice and E.R., Black racked up an impressive resume of horror and cult film appearances through the 1970s, 1980s and beyond. The actress dabbled with sex, drugs n’ Kris Kristofferson in 1972’s ‘Cisco Pike’; played a depression-era dame in the 1973 Crown International production ‘Little Laura & Big John’; came off heroin only to stumble across a cult of Satanists in the Canadian oddity ‘The Pyx’ (also 1973); tussled with bad ass bikers in 1985’s destined for VHS ‘Savage Dawn’; and encountered a psycho clown called Bobo in late 80’s slasher flick ‘Out of the Dark’. However the less said about Tobe Hooper’s dim-witted re-make of ‘Invaders From Mars’ the better.

More than any other actress associated with the horror genre, with the exception of perhaps Barbara Steele, Black was able to appear both sexy and scary in equal measure, sometimes combining both into a single character. These dual qualities were exploited to their fullest in the films she made with director Dan Curtis, 1975’s ‘Trilogy of Terror’ (made for TV) and 1976’s ‘Burnt Offerings’, in which Black’s characters undergo extraordinary supernatural transformations that require the actress to shift from one persona to another within the course of a single story. Additionally in one of Trilogy of Terror’s three short stories Black plays twin sisters, one prim, the other promiscuous, and gives a full-blooded and convincing performance in both roles. With her strange and sensual features, voluptuous lips and piercing eyes, Black’s powerful screen presence visually emasculates many a male co-star (see her upstage James Franciscus and Lee Majors in Antonio Magheriti’s ‘Killer Fish’ or scare the crap out of legendary hell raiser Ollie Reed in ‘Burnt Offerings’ if you don’t believe me) and generates a wonderful Freudian frisson in the viewer who at once feels both enticed by her self-confident beauty and terrified that she might eat them alive.

Black continued to act in film’s and on TV throughout the 2000’s and in 2003 starred in Rob Zombie’s debut feature ‘House of 1000 Corpses’. Lots of people hated this movie but I think it’s one of the coolest American horror flicks of the 21st Century and Black turned in another scorching performance as the mad matriarch of the Firefly clan proving that she had lost none of the attention grabbing screen presence that made her more youthful performances so memorable.

My timing sucks; I had been planning on compiling this tribute to Karen Black for a few weeks when sadly she died from cancer on August 8th 2013. This set me to thinking about just how many of the actresses and actors and writers and directors from the glory days of exploitation cinema are no longer with this. And they ain’t comin’ back. And the exploitation movie as a genre, as an art form, ain’t comin’ back either no matter how many self-consciously retro attempts might be made. The movies we celebrate here at The GCDb, along with the folks who made ‘em and starred in ‘em, are part of a cultural history that persists in the present but only as a kind of ghost; a ghost that Grindhouse movie lovers evoke each time we utter that affectionate yet melancholy adage ‘they don’t make ‘em like that anymore’. And so my thoughts drifted back to Black and I realised why her strange, scary, sensual screen presence so appealed to me and it’s for that very reason: ‘they don’t make ‘em like that anymore’.

Fancy giving yourself two Black eyes? Then The GCDb recommends the following five Grindhouse greats as examples of Karen Black at her sexiest and scariest.

OK, I admit it’s a ‘Made for TV’ movie so it didn’t play the Grindhouse circuit however this trio of Richard Matheson derived terror tales holds its own against any theatrical horror flick released in 1975 and provides us with four Karen Black performances for the price of one. The film's final shot is a real keeper.

Island of The Alive (It’s Alive 3)