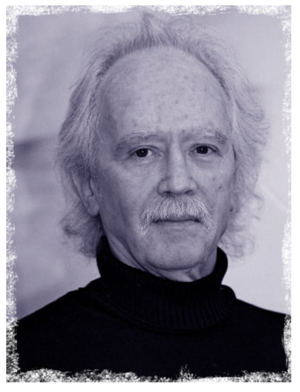 John Carpenter (born January 16, 1948 in Carthage, New York) was raised in Bowling Green, Kentucky. From an early age, Carpenter showed a strong interest in films and filmmaking. The Western films directed by Howard Hawks and John Ford, as well as the many low budget science fiction films from the 1950s, had a strong influence on him during his youth. His father, an established musician, also influenced him in the development of his musical skills. In the late 1960s Carpenter enrolled in the film program at the University of Southern California (USC), one of the most respected film schools in the USA. It was in the early 1970s, still under the aegis of USC and as part of his Master's thesis project, that Carpenter directed his first film: Dark Star.

John Carpenter is sometimes referred to as the “Master of the Horror film.” This is a reasonable title, bearing in mind that he has proved to be not only a director with a visually and thematically consistent body of work, but also a true visionary of the horror genre. Although usually misunderstood and under appreciated by audiences and film critics alike, John Carpenter has created some of the most intense, imaginative, influential and successful horror films in cinema history. Consider for example Halloween (1978), one of the most profitable independent films ever made. This one film spawned seven sequels, countless imitations, and ignited the slasher-film boom that flourished and dominated the horror film industry during the late 1970s and early 1980s. At the same time, it would be unfair to categorize John Carpenter as just a horror film director, as he has also created exceptional science fiction and action films.

However, it is worth noticing that even if the majority of Carpenter's films belong to a fantastic genre, they all have a strong influence from the American Western genre. Regardless of their subject matter, the films directed by John Carpenter are characterized by his mastery of the cinematographical craft, and by the showcasing of engaging narratives that convey a profound commentary on the many social, racial, gender and sexual anxieties of our modern world.