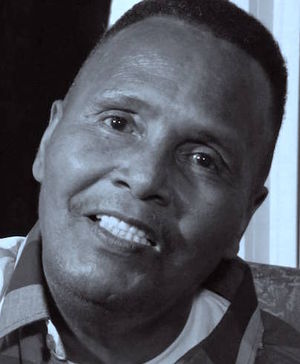 Fanaka was born Walter Gordon to Robert L. and Beatrice Gordon in Jackson, Mississippi.[3] In 1971, Fanaka was accepted into the film school at UCLA. His first film, "A Day in the Life of Willie Faust, or Death on the Installment Plan," was a morality tale shot in 8mm film about a heroin addict. The film stars Fanaka (credited as Walt Gordon) in the title role. It is the only narrative short he ever made. Jan-Christopher Horak of the UCLA Film Archives when comparing the movie with the 1972 blaxploitation film, Super Fly, released the same year, observed, "unlike Priest's elegant cocaine consumption in Super Fly, Willie's arm gushes blood as he injects heroin."[4]

Later, he changed his name to Jamaa Fanaka. Ntongela Masilela states that while "a fundamental tenet of the Los Angeles school was an opposition to Hollywood," Fanaka was a notable exception. He describes Fanaka as "very much fascinated by Hollywood and averse to the contentious ideological and artistic discussions that were fundamental to the formation of the school."[5]

During film school, Fanaka wrote, produced and directed Emma Mae (1974), about a young woman who arrives in Los Angeles from Mississippi to live with her mother's sister and her family after her mother dies, and survives the culture shock that accompanies the move; Welcome Home Brother Charles (1975), about the ravages and dire consequences of racism; and Penitentiary (1979), the story of a young man wrongly sent to prison, who, through his boxing talents, is able to win his freedom. Fanaka completed Street Wars in 1992. He was in extended production and post-production on Hip Hop Hope, a documentary feature film on the underground Hip Hop culture.