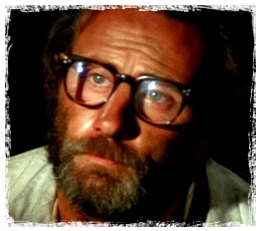 Jack Starrett (November 2, 1936 – March 27, 1989) was an American actor and film director.[1] He is credited as Claude Ennis Starrett, Jr. in some of his films. Starrett is perhaps best known for his role as Gabby Johnson, a parody of Gabby Hayes, in the 1974 classic parody film Blazing Saddles and is also known for his role as the brutal deputy Art Galt in the 1982 action film First Blood. He also played the cruel foreman Swick in The River. Starrett was often typecast as a tough-talking police officer and played essentially the same character in a trio of biker films: Born Losers (the film that introduced Billy Jack), Hells Angels on Wheels (both from 1967), and Angels From Hell (1968). He acted in another biker film, Hell's Bloody Devils (1970), and directed two more: Run Angel Run in 1969 and The Losers

Starrett was born Claude Ennis Starrett, Jr.[2] He was raised in Refugio, Texas and worked in the oil fields before coming to Hollywood.[3]

Starrett starred in the 1961 film Like Father Like Son as Coach Jennings, and later reprised the role in The Young Sinner in 1965 and Like Father Like Son in 1987. Thorough his career, Starrett directed feature films and episodes of television programs. In addition, he made guest appearances on TV shows including Hill Street Blues, Hunter, The A-Team, and Knight Rider (in which he made three guest appearances as different characters.)Starrett starred in three short films directed by Tony Schweikle, "Legend of the Durango Kid," "Colorado Rid'n High" and "Nolo Bait."

Starrett died from renal failure in Sherman Oaks, California at the age of 52. At the time of his death he was married to Valerie Starrett. His daughter is Jennifer Starrett, who is also an actress.