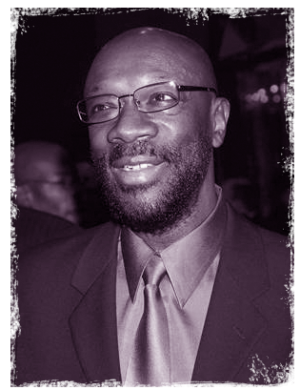 Isaac Lee Hayes, Jr. (August 20, 1942 – August 10, 2008) was an American Academy Award-winning singer-songwriter, actor and musician. Issac was born in Covington, Tennessee. He began his music career in 1962 and played sax for the band The Mar-Keys. Soon after he hooked up with a new label Stax Records and recorded his first album entitled "Presenting Isaac Hayes". In 1969, he recorded what would be known as his most popular album, the masterpiece: "Hot Buttered Soul. This is where Isaac really broke out and created his unique persona and image complete with his trademark sunglasses, fur coats and extensive gold jewelry. In 1971, Isaac was hired to record a theme song for film by Gordon Parks Sr about a supercool black private eye. The film was called SHAFT. Isaac's iconic theme to the film won him an Oscar. He became the first African-American musician to win that award. Isaac's follow up to Hot Buttered Soul, Black Moses (1971) was a very popular hit with fans as well.

In 1975, Isaac had left Stax and started his own label appropriately called "Hot Buttered Soul Records". In 1973, Isaac played the WATTSTAX Festival and during the mid 70s he worked on other Blaxploitation film classics such as Truck Turner (1974) in which he wrote the score to the film and starred in the lead role. He also starred in and scored an Italian produced Blaxploitation film called Three Tough Guys (1974). In the mid 70s, Isaac moved into making guest appearances on classic TV shows like The Rockford Files and others.

In the late 70s Isaac came back with a new popularity following the release of his duet single with Dionne Warwick, a cover of "When A Man Loves a Woman". In 1981, Isaac got a starring role in John Carpenter's futuristic adventure film Escape From New York. Isaac played "The Duke Of New York" a ruthless gang leader. In 1988, Isaac played "Hammer" in the Blaxploitation spoof I'm Gonna Get You Sucka! (1988).

In the late 90s Isaac was chosen by Matt Stone and Trey Parker to voice a character in their smash hit cartoon show "South Park". To younger generations Isaac Hayes is now known as the voice of "Chef" on South Park and his song "Chocolate Salty Balls (PS I Love You) is his theme song on the show. In 2002, Isaac was inducted to the Rock and Roll Hall Of Fame and in 2004, Isaac played a minor recurring role on Stargate SG 1 as the character "Jaffa". In 2005, he appeared in the film "Hustle and Flow" about an aspiring rap artist.