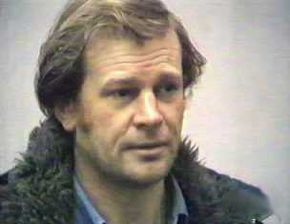 Ian McCulloch (born 18 November 1939) is a Scottish actor. He is best known for his role as Greg Preston in Survivors. Though he debuted in the second episode, "Genesis", Greg would become the male lead for the first series, and got to show off his singing and guitar playing in several episodes. However, he was unhappy with the introduction of Denis Lill as Charles Vaughan, a male co-lead, during the second series. McCulloch wrote the seventh episode of the second series, "A Friend in Need", and was ostensibly written out at the end of that series. He would only appear twice in the third and final series, in the second episode "A Little Learning" and the tenth, "The Last Laugh". He wrote the scripts for both episodes.

He guest starred in the 1984 Doctor Who story Warriors of the Deep, and appeared in many popular television series in the 1970s, including Colditz (as the mysterious Larry Page in "Odd Man In", 1974) and Secret Army (1977). He can also be seen in the lead role of cult Lucio Fulci gorefest Zombi 2 (1979), released in the UK as Zombie Flesh Eaters. The UK release was delayed as part of the 1980s campaign against "Video Nasties" - McCulloch would only see it years later when recording a commentary for the Roan Group's Laserdisc release of Zombi 2 in 1998 and was shocked by the violence involved. He also played the part of David Mainwaring in Manhunt.