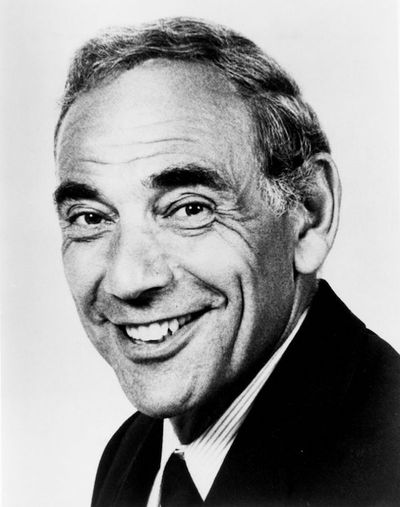 Herschell Gordon Lewis (June 15, 1929 - September 26, 2016) in Pittsburgh, PA is the man who created what we now know as "splatter movies". He was the first to show gore in his atmospheric horror films. After he attended grade school, Lewis received a Master's degree in Journalism from Northwestern University in Everston, Illinois. Afther that, Lewis did some interesting jobs: He was professor of English at Mississippi State College, became a Radio manager in Wisconsin and a TV-director in Oklahoma City.

In 1960 Lewis decided to go into the film business. After directing the uncredited The Prime Time (1960), Lewis made a few Sexploitation movies like The Adventures of Lucky Pierre, Nature's Playmates (1962) and Daughter of The Sun (1962) with his partner David F. Friedman. After an era which also included Goldilocks and The Three Bares (Filmed 1962, released 1963), in 1963 they decided to make their first horror film, showing realistic violence and gore scenes to shock the audiences, but they never thought that the movie would change the film world forever. It was called Blood Feast (1963) and was (of course) a gory story about an Egyptian freak slaughtering women. After a few real good reviews, Friedman and Lewis wanted to make more horror movies so they directed Scum of The Earth!, it was actually shot before Blood Feast. With Two Thousand Maniacs (1964) the great director-producer team created another masterpiece in horror. Two Thousand Maniacs was a story about a whole village full of sick murderers. This idea influenced many directors including Tobe Hooper who patterned his cult classic Texas Chainsaw Massacre (1974), after Maniacs, the main difference being there was only one family in Texas Chainsaw Massacre not an entire town reeking havoc on innocents.

After those two very important and influential horror movies, Lewis filmed his most personal movie called Color Me Blood Red (1965). Lewis put a little of his own life in this movie because he had to also fight for his career. The character in Color Me Blood Red is of course not a movie director like Lewis himself, but a crazy painter making his pictures with human blood. Like every important and well known horror-film director, Lewis had to do a vampire movie. But his 1967 project called A Taste of Blood (1967) was not the classic Christopher Lee-Hammer horror style film, it was a more modern view on the this subgenre of horror. With its artistic style, earlier seen in Color Me Blood Red, Lewis made another very interesting film, important for horror movies as a cinematic subject.

The Fall of 1964 saw Lewis on his own with a film called Moonshine Mountain, something that was paired later on with the infamous trainwreck that is Monster a Go Go, put together by Lewis using an unfinished film by Bill Rebaine resulting in a SiFi misfire. Still, with that experience, Lewis knew how to put together Drive In bills that would have his work be the whole show instead of letting a Distribution company put one of his films as the second billing. After splitting up with Friedman during the Production of Color Me Blood Red, Lewis tried out different styles in an era that was to be his most prolific. The oddest of these diversions was his attempts at children's films that led to Jimmy the Wonder Boy, filmed in Florida, and The Magic Land of Mother Goose, a filmed performance of an entertainer that hired Lewis to make something for theaters, both showing that he was possibly not the one to be interested in that field, leading to a return to areas he was more of a natural in.

Alley Tramp is now known as the 1966 Lewis-Directed Trash Classic it is, and although he made it under the name of Armand Parys for friend Tom Dowd (A theater owner who worked with Lewis dating back to his Nudie era with Friedman), fans of his work noticed the Lewis style and faces including Steve Wight (who would later be in Blast Off Girls and Just for the Hell of It) enough to figure out that it was the work of the Godfather of Gore. Another 1966-filmed legend is Something Weird, written with James Hurley, who teamed with Lewis for the short lived Her-Lew Productions, and it's mix of Crime Drama and LSD Film resulted in what is the most unique and very interesting film of his career with a name of a certain video company who would release it on VHS and DVD in the 90's and 2k's respectively. After starting A Taste of Blood in Illinois for the opening Winter scenes, he made the majority of the film in Florida and went onto make the classic The Gruesome Twosome, a return to Gore-based films with the humor at it's best in a while.

With his next film, The Gruesome Twosome (1967), Lewis made a shocking portrait of American society, of course in a cynical way. The film is about an old lady and her strange son who are torturing kids in order to make their own line of wigs. In She Devils on Wheels (1968) Herschell directed a violent female biker film, which was very exploitative and kind of funny, but not as interesting and intelligent like his horror movies. Just For the Hell of It (1968) was another disappointment in Lewis' filmography because in the film he lost a bit of his intellectual edge. But he soon came back with another great movie called The Wizard of Gore (1970). This was a classic, and because Lewis had a bigger budget with a great screenplay. It turned out to be one of his best works.

Another diversion from Horror happened in 1967 with Blast Off Girls featuring an actual Garage Pop band called The Faded Blue playing the Big Blast in a Rock and Roll Comedy filmed in Chicago that had a fan-favorite cameo with Colonel Sanders in a "product placement" moment featuring Kentucky Fried Chicken. This was usually teamed up at the Drive Ins starting around the Fall of 1967 with The Girl, The Body and The Pill, a film featuring Nancy Lee Noble who would later appear in She Devils on Wheels and Just for the Hell of It. Suburban Roulette was a more Adult-topic film featuring the last screen appearance of Something Weird's Tony McCabe and the final Lewis film appearance of William Kerwin, who's presence in his films was always noted dating back to 1962's Goldilocks and The Three Bares to Blood Feast, 2,000 Maniacs, and A Taste of Blood, and he would continue in Florida-lensed films for the next couple of years (Including My Third Wife George and Sweet Bird of Aquarius both with Brad Gritner of Blood Freak infamy) before going Professional full-time leading to many TV shows and even Porky's 2: The Next Day.

Following She Devils on Wheels and Just For the Hell of It, two films made mainly with the same cast, Lewis was on the Drive In road pairing his films in a big way starting around 1967. Usually, The Blast Off Girls and The Girl, the Body, and the Pill would be paired and Something Weird and The Gruesome Twosome would be seen together. Later in 1968, Just for the Hell of It would be seen with a very light, and not at all clever, Comedy called How to Make a Girl, made with friend JG Patterson (Later to make Doctor Gore among a few other films in The 70's) as the scientist who invents a computer that would make the "Perfect Woman." After some time making films in Florida, he made an unexpected turn to make three Nudie films in California, the first two for Dowd under the Lewis H. Gordon name and the third under the Sheldon Seymour name - In order, they were The Ecstasies of Women (1969), Linda and Abilene (1969), and Miss Nymphet's Zap In (1970). The most interesting fact surrounding these films was the filming of the second at Spahn Ranch during a time when members of the "Manson Family" were living there.

Note must be also made of his brief ownership of a movie house called The Blood Shed, which later changed it's name to Cinema Bizarre. This was a mix of classic Horror films and Grand Guignol-style theater based in Chicago, but sadly the riots in that time (1968?) stopped the theater from operating beyond a few months, although the theater was successful when it was around. For all of the diversity of his career, it showed that Lewis' main successes are with Horror and the world of the Grindhouse and it may be said that the experiences might have helped to make The Wizard of Gore the classic it is.

The Early 70's saw Lewis still active and diverse before calling it a day in 1972. After The Wizard of Gore's Late 1970 release, Lewis went onto to make two more Country films in This Stuff'll Kill Ya and Year of the Yahoo, a film that might have set a spark for Tim Robbins' film, Bob Roberts, as well as a Documentary, Black Love, all released in 1971 while films for organizations in the Chicago area were made on occasion. The grand finale of his original time in film is the legendary The Gore Gore Girls which featured the mix of Gore and laughs at a peak, and with a cameo with Henny Youngman and plenty of Gore and women in true Lewis style, it was a final chapter for a while, although a small part of his past appeared in 1973 when Stan Kholberg released The Psychic, a James Hurley film with Lewis as the cameraman, as Copenhagen's Psychic Loves, and while he parted ways with his features, he still had a small part in movie history as a Co-Owner of Lewis-Andrews Theatres in Chicago through most of The Late 70's. Although it would be logical to say that the interest in his films would have been unexpected, endless runs of the Gore Trilogy would continue the interest in his work while those interested in interviewing him for books like Re/Search's influential Incredibly Strange Films and various publications would spark an interest in many renting videos of the trilogy and the few films that were available on VHS through The 80's like The Wizard of Gore, keeping the interest in his work alive, although it must be said that the images used on the covers of the tapes alone would be powerful enough to create interest, especially those with the classic trio of Lewis and Friedman Gore shows released in the early days of VHS through Continental Video with big boxes.

Around 1991, Something Weird Video, a company named after Lewis' 1966 classic, started an extensive re-issue campaign that was first on VHS, then more importantly on DVD with classic commentary tracks that would tell in detail the madness and magic of his time in the film world through The 60's and 70's. Films that were once considered "Lost" for years after their original playdates including Year of the Yahoo and Miss Nymphet's Zap In were given video debuts through the company. As of 2008, most of Lewis' films are available on VHS, DVD, or DVD-R.

After 30 years of relaxing, Lewis came back in 2002 with his entertaining sequel Blood Feast 2: All U Can Eat (2002). This was a real great and funny sequel to his 1963 classic and also a homage to himself. The movie has a lot of extreme gore effects and a real cool story. Lewis now lives in Fort Lauderdale, Florida and enjoys life. We should all thank him for his extraordinary, mindbending horror classics!

The following 35 pages are in this category, out of 35 total.