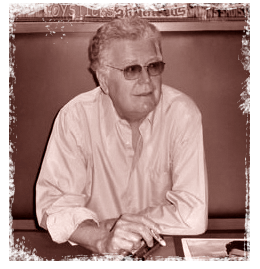 Greydon Clark (b. February 7, 1943) is an American film writer, director, producer, and actor. His career spans several decades and genres, although the majority of his work has been low-budget productions in the action/horror genres. His most recent work was writing and directing the 1998 science fiction movie Stargames, starring Tony Curtis. Between 1969 and 1989, Clark acted in a series of action/horror films, including Satan's Sadists, Hell's Bloody Devils and Dracula Vs. Frankenstein. Beginning in 1975, he wrote and directed a series of films, including Black Shampoo, The Bad Bunch (which he also starred in), Satan's Cheerleaders, Hi-Riders, Angels' Brigade, Uninvited, Dance Macabre, Skinheads, Dark Future and Stargames. In 1980, Clark directed The Return, featuring Jan-Michael Vincent, Cybill Shepherd, and Martin Landau.