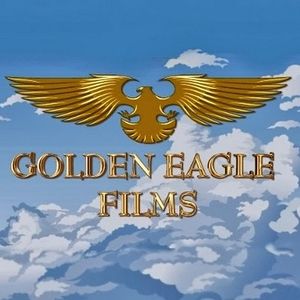 Golden Eagle International (Sometimes known as Golden Eagle Films in the AFI, or just Golden Eagle on the IMDb) was one of the many Independent film Distributors that were a part of the Diversification trend of the wild days of Late 60's/Early 70's Grindhouse cinema. Unlike most of its competition that was usually from Oil Companies, Banks, and all-around Leisure companies, however, Golden Eagle was born from the Exquisite Form Brassier company. Starting in 1968, its flagship release was with Enzo G. Castellari's Spaghetti Western Any Gun Can Play (US release date: 9-13-68), a release which was possibly paired with its other Westerns for Drive In and Grindhouse booking. At first, the company was reportedly led by Steve Reiner and Irvin Rill and had a East Coast Sub-Distributor in RAF Industries, but it would soon be better known through the leadership of Robert Saxton, who would create his own small history in The 70's with TWI, Robert Saxton Films, and Hampton International, mainly with the help of Ray Molina.

Jumping on the X-Rated Imported Erotica trend in June, 1969 with the legendary and controversial Nanami: Inferno of First Love, a film that was Sub-Distributed on the East Coast at the time by RAF Industries in New York, the company found out shortly after the controversial film that it was more comfortable with Action films (Nanami would soon find its way in the hands of UMC in 1970, who were more adept with imported Erotica, although in a R-Rated version, possibly the cut version found on VHS for a short while). The company's small list of films after Nanami included Alberto De Martino's The Dirty Heroes (US Release Dec. 1969), with a pick up of the 1962 film Marizinia added on, and a reported West Coast Sub-Distributing of Giorgio Capitani's The Ruthless Four. September, 1970 would see the release of its only Domestic feature, Cry Blood, Apache, Directed by Jack Starrett, before Saxton formed his own companies, using his expertise with Imported film Distribution as his main strength.

Through 1971, there were attempts to move the company onward, with the announcement of a film called Mothers, Fathers, and Lovers, which possibly was not completed, although some reports have a 1971 US release for The Confession, a film made in 1964 with Ginger Rogers and Ray Milland (With a reported Debut by Elliot Gould) and Directed by William Dieterie. Reportedly, there was a Golden Eagle linked up to the 1976 film The Bad Bunch by Greydon Clark, which was with another West Coast company (Dimension), but this could be a Golden Eagle. Sub Distributors for Golden Eagle released included Goldstone in New York and Harnell in Georgia.