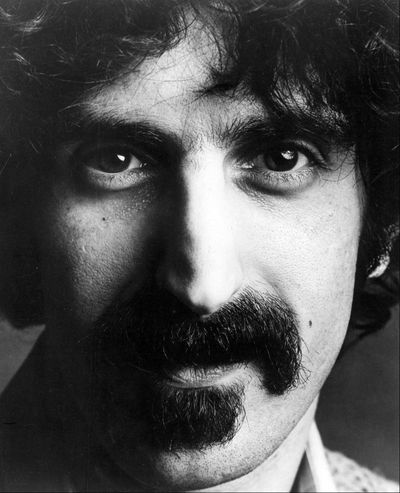 Frank Vincent Zappa (December 21, 1940 - December 4, 1993) was an American rock musician, composer, producer, bandleader, executive, satirist and filmmaker originally from Baltimore, Maryland. "Rock" is just used as a shorthand description for the crazy mix of genres that made up his music. As a filmmaker, his most famous work is 1971's 200 Motels, which he co-directed, wrote and scored.

Zappa loved B-Movies, "the cheaper the better." The song "Cheepnis" from his 1974 live album Roxy & Elsewhere was a tribute to It Conquered the World. The box for his 2019 compilation Halloween 73 featured the words "BODY OF A MAN! SOUL OF A CREATURE! MUSIC OF A MONSTER!", a reference to the poster for I was a Teenage Frankenstein. He was also a fan of Mystery Science Theater 3000, and they were fans of his.--Written by JKData