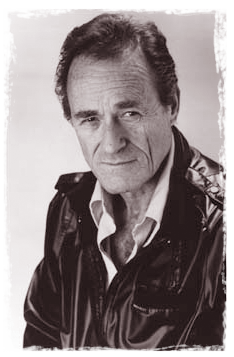 Richard "Dick" Miller (December 25, 1928-January 30, 2019) was an American character actor who appeared in over 100 films, particularly those produced by Roger Corman, and later in films of directors who started their careers with Corman, including James Cameron and Joe Dante, with the distinction of appearing in every film made by Dante. Miller's main roles have been in films such as Gremlins, Gremlins 2: The New Batch, Piranha, The Howling, A Bucket of Blood, Little Shop of Horrors and Small Soldiers.

In 2000, Miller was featured alongside former collaborators including Roger Corman, Sam Arkoff and Peter Bogdanovich in the documentary Schlock! The Secret History of American Movies, a film about the rise and fall of American exploitation cinema.[2]

Miller portrayed several fictional characters named Walter Paisley. As Miller notes, "I've played Walter Paisley five times now, I think."[3] As of 2011, the character name has actually appeared seven times on film and once in a theatrical production, with Miller providing six of these portrayals.