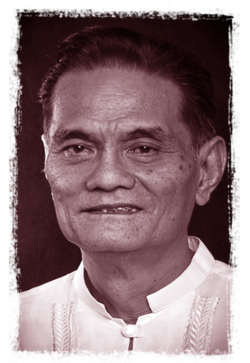 Cirio H. Santiago (January 18, 1936 - September 26, 2008) was a film director and producer from Manila, Philippines. He is best known for classic exploitation films such as Ebony, Ivory and Jade, The Muthers and TNT Jackson. In the 1980s, he made several low-budget Vietnam themed war movies. Santiago worked with American film producer, Roger Corman and the directors Jonathan Demme, Joe Dante and Carl Franklin. In 1995, he became the president of the Philippines Film Development Fund, a position appointed to him by the then President Fidel V. Ramos, to improve the quality of Filipino films and also to encourage the production of foreign movies on location in the Philippines.