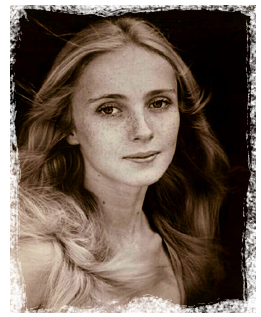 Cheryl Lynn "Rainbeaux" Smith (June 6, 1955 - October 25, 2002) was an American actress. She was known for her roles in many classic exploitation genre films. She was born in Los Angeles, California. Her debut film appearance was in the short "The Birth of Aphrodite", after a friend of her mother suggested her for the role. This led to roles in other films, including the cult classic B-movies Caged Heat, Phantom of The Paradise, The Swinging Cheerleaders, Revenge of The Cheerleaders, The Pom Pom Girls, Laserblast and a cameo role in Cheech & Chong's Up In Smoke (1978) in which she played a giggling stoner chick. She also starred in the cult horror film Lemora; the DVD, which was released by Synapse Films in 2002, is dedicated to her. Sadly her film career ended after she became addicted to heroin in the late 1970s. In the late 1980s she was arrested several times for drug-related offenses, and twice served time in prison. Rainbeaux died in Los Angeles on October 25, 2002. The cause of death was complications from hepatitis, brought on by her years of drug abuse. [1]