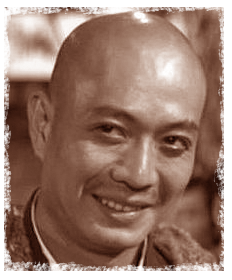 Chan Shen (11 March 1940 - 26 April 1984) was a Taiwanese born Hong Kong film actor. He is best known for his roles as gangsters or villains in Hong Kong action cinema in the 1970s. Already an established film actor in Taiwan, he entered the Hong Kong film industry in 1971. He was a particularly prolific actor and would often appear in as many as ten films a year. In his fourteen year film career in Hong Kong, he appeared in 160 action films. Much of his career was spent at Hong Kong's Shaw Studio.