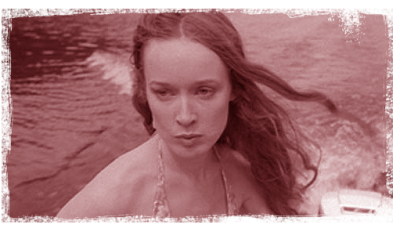 Camille Keaton (born July 20, 1947) is an American actress. Keaton was born in Pine Bluff, Arkansas and is a grand-niece to comedy legend Buster Keaton. In 1969, she was involved in a major car accident that left her with facial scarring. Her film debut was in the 1972 giallo classic What Have You Done to Solange? in which she had a brief cameo as the title character Solange. Later that year, she got a main part in the Italian gothic horror film Tragic Ceremony. In 1978, Camille was cast as Jennifer Hills, the lead character in the highly controversial rape-revenge film I Spit On Your Grave. She married the director of the film Meir Zarchi soon after. They were married from 1979-1982. Although Camille had a short career, she will always be remembered by cult-exploitation film fans as one of the most iconic female actresses of her time.