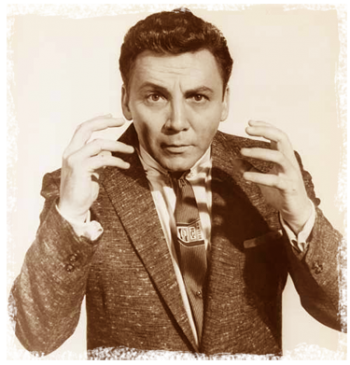 Cameron MacDowell Mitzel aka Cameron Mitchell (November 4, 1918 - July 6, 1994) was an American film, television and Broadway star with close ties to one of Canada's most successful families, and considered, by Lee Strasberg, to be one of the founding members of The Actor's Studio in New York City. Besides being an accomplished Hollywood studio player he also starred in several low budget European and American exploitation genre films during his career. Titles include: Dog Eat Dog (1964), Minnesota Clay (1965), Knives Of The Avenger (1966), The Rebel Rousers (1970) and Slaughter (1973).