Cannonball is a HUGE milestone in my life. It was the first exploitation film from the classic era that I ever saw and it made me love the Carsploitation genre forever. Although the copy that I watched when I was around ten years old was a crappy VCD, the experience of watching it for the first time still mesmerizes me.

The plot of the film is simple: a band of illegal car racers have to race across America to be the winner. They don't care if they cheat against each other, crash opponents cars, or explode officer's cars, they just want to be the winner. And the main character is "Cannonball" Buckman, played by David Carradine. I'm still haunted by the fact that he passed away in my country few years ago, since he's one of my most favorite actors in the exploitation film category. Cannonball enters the race with his girlfriend and they have to compete with "three girls in the van", an a**hole with expensive sports car, and an old couple that want to cheat the race by flying to the winners spot, etc. 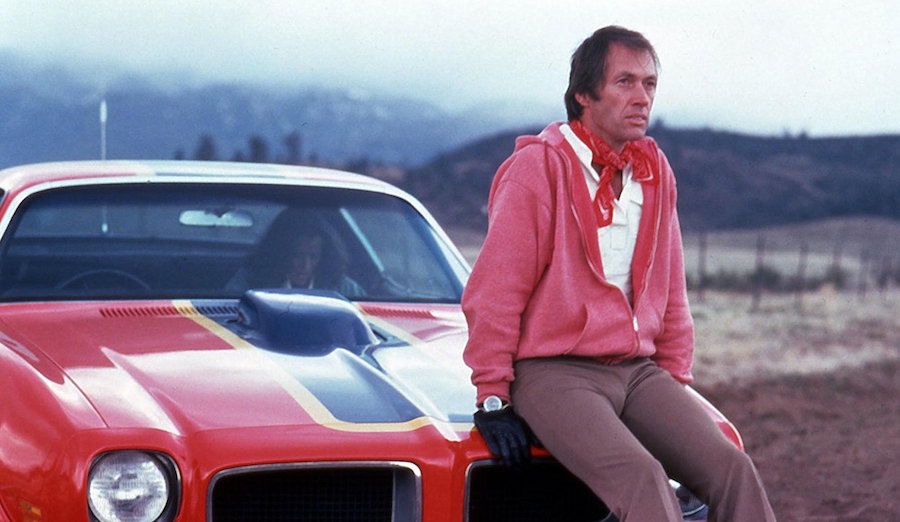 The characterization is well done, especially by the supporting actors that give us both comedic moments and intense scenes, while the music is, of course, funky as it should be. And the best of all, the big piles of car crashes! It's got one of the most memorable scenes because there's a HUGE amount of cars that crash, explode and get destroyed in a fire.

Overall, the non-CGI car chases, the intense plot, and variety of characters are the main factors that make "Cannonball" still high on my chart of "Most favorite exploitation films of all time"!