If you really love movies, you feel the need to explore everything cinema has to offer. As a kid, I never got to see much international cinema other than Kung Fu films and the Mad Max movies. Later on in my teens when I began to look at cinema from other countries, I found I really had a unique love for Italian genre films. It probably began with seeing Sergio Leone's classic Spaghetti Westerns like The Good The Bad and The Ugly (1966) and Once Upon A Time In The West (1968). What I didn't know back then was that there was a whole world of even more Italian genre cinema made in the 60s through to the early 80s just waiting for me to discover. 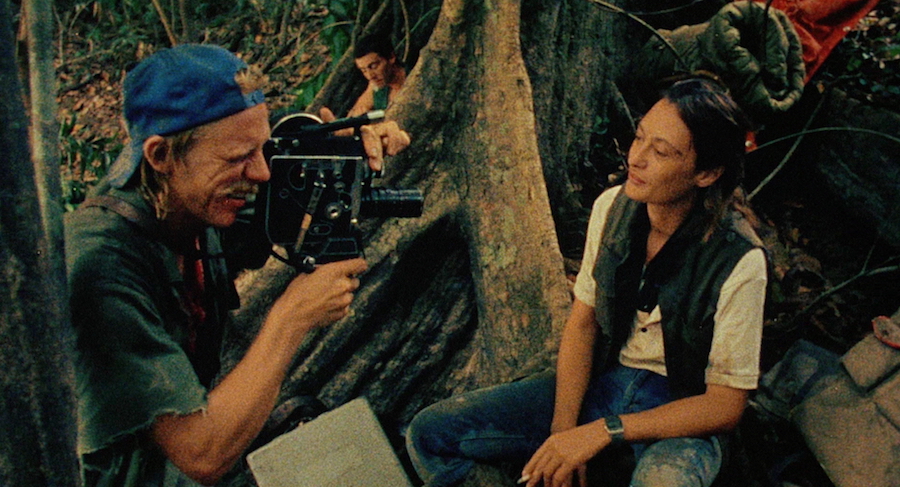 The Italian genre directors were all friends in one way or another. Most had worked on projects together then went off to make their own films. What resulted was a fresh, exciting time in Italian cinema. The Italians were doing in the 70s what the French had done in the 60s, they took popular genres/stories we had seen before from Hollywood and put their own Italian spice on them. The most popular films were the pepla (Sword and Sandal movies), Spy films, Gialli (thrillers), Poliziotteschi (crime), War films, Spaghetti Westerns, Sci Fi films and later on the Zombie and Cannibal films. A lot of filmgoers still look at 70s Italian genre cinema as cheap and schlocky but I really feel that these directors were some of the most brilliant of their time. They were daring, inventive and highly influential. 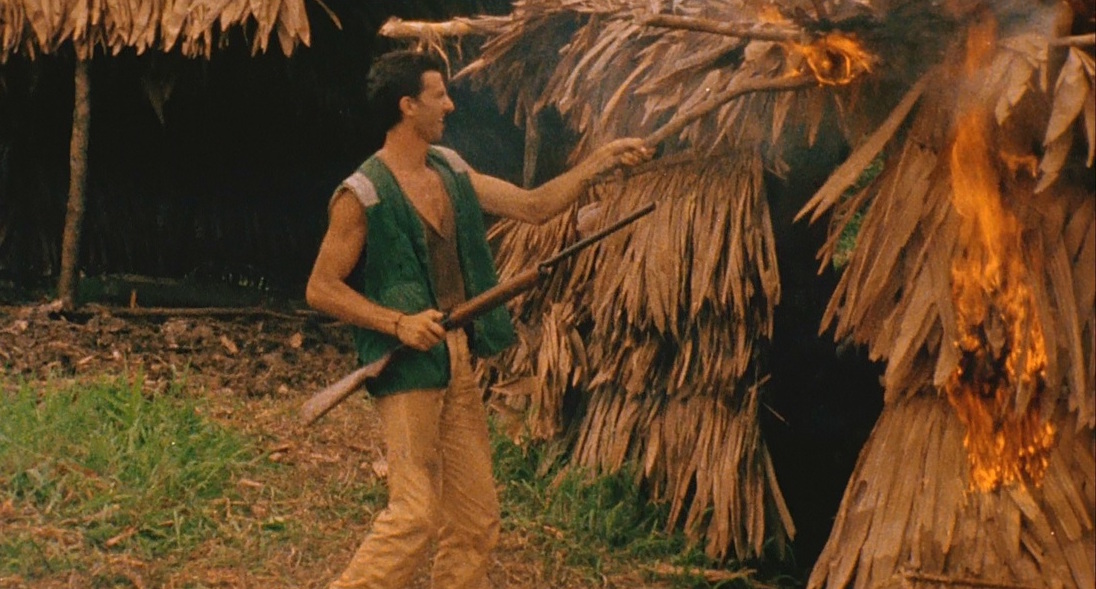 In 1979, Director Ruggero Deodato (who directed one of my favorite poliziotteschi's, Live Like A Cop, Die Like A Man) shot one of the most controversial works of genre cinema to come out of Italy. This film was called Cannibal Holocaust aka The Green Inferno. Deodato made the film as a response to the violence he saw so much on TV and also as a way to take a closer look at the journalists that were reporting about the events. 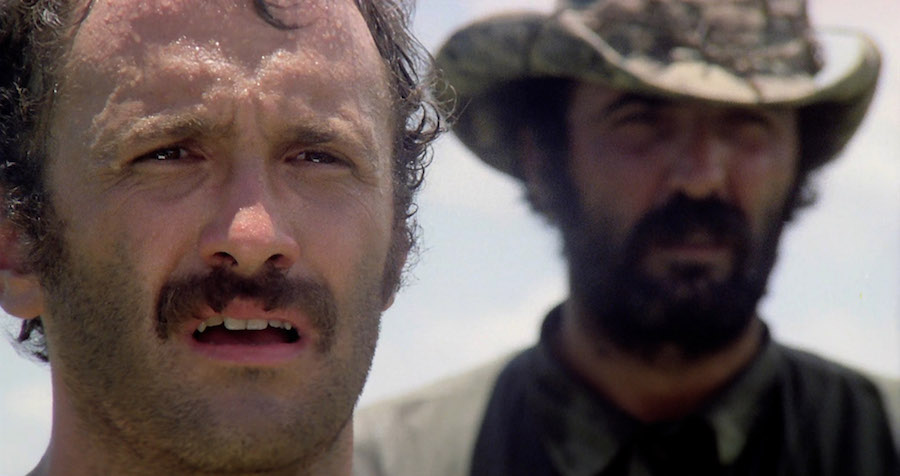 A group of four award winning documentary filmmakers that had gone on an expedition to record tribal environments of South America months earlier were never heard from again. An Anthropology Professor named Harold Monroe (Robert Kerman) travels with a guide deep into the jungle to track them down and find out what had happened. What he finds in the process is two warring jungle tribes. Monroe and his guides Chaco (Salvatore Basile) and Miguel watch the lifestyles of the tribes from a distance. This includes witnessing some truly horrific sights such as animals (monkeys, rats) being chopped up and the rape and killing of a female native. When Monroe is invited to eat the raw guts of an animal with one of the tribes, he finds some of the belongings of the four documentary filmmakers including the actual cannisters of film they shot, which the natives have saved. 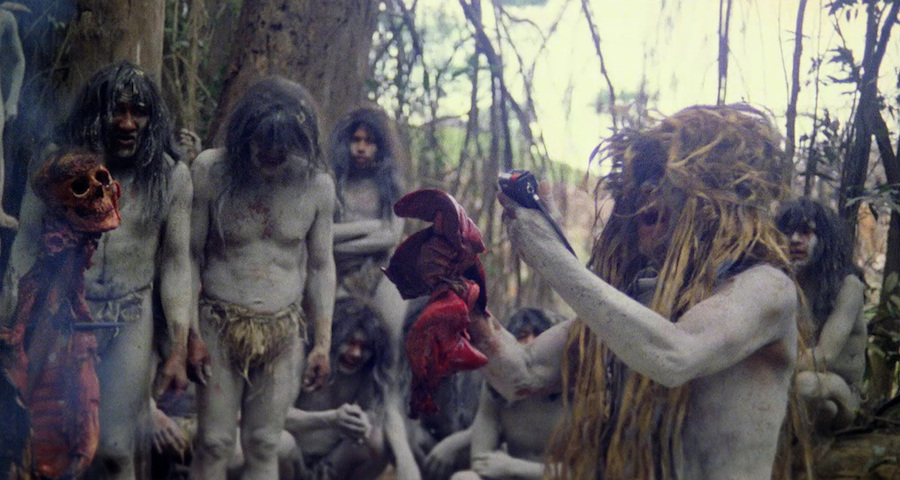 Professor Monroe returns to New York City to look at the contents of the film to see what the filmmakers were up to, but what is revealed on these rolls of film are some of the most savage and brutal occurrences ever seen by man. Professor Monroe screens the footage shot by the filmmakers to a group of producers and finds out that the filmmakers themselves were running amuck in the jungle and terrorizing the local tribes. We get to know the four filmmakers: Tina 'Faye' Daniels (Francesca Ciardi), Alan Yates (Gabriel Yorke), Jerry Anders (Perry Pirkanen), and Mark Tomasso (Luca Barberschi) through these film reels, but we see them as truly despicable human beings. They burn a village, take part in killing a sea turtle (one of the most extensively graphic sequences in the film), they even rape a young tribeswoman, taking turns in a gang bang scenario. This sequence was reminiscent of the multiple rape scenes in Meir Zarchi's I Spit On Your Grave (1978), another brutal film that was highly controversial when it was released. Ruggero Deodato's Cannibal Holocaust shares much in common with that film because like 'I Spit', the film is both extremely disturbing and vile, but truly a brilliant piece of daring cinema. 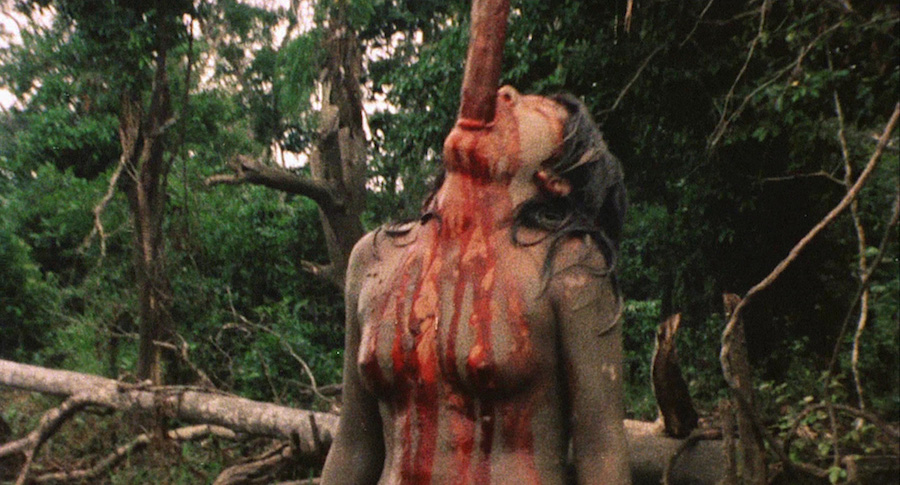 After committing their own atrocities in the jungle, the four find themselves trapped by the cannibal tribes and soon they are mutilated in very graphic ways including castration, decapitation and rape. These scenes are very hard to watch, but while you see these things happening you feel the filmmakers deserved payback for what they did.

One of the main aspects I really loved about this film is the music by Il Maestro Riz Ortolani. The score works perfectly as it accents the horrific scenes. There are different cues that play; a strange, electronic throbbing noise and a beautiful but tragic theme which opens the films credits and plays over a variety of violent acts committed by the four filmmakers. Incredible!