Bucktown (1975, USA) is a Blaxploitation-Crime film directed by Arthur Marks. 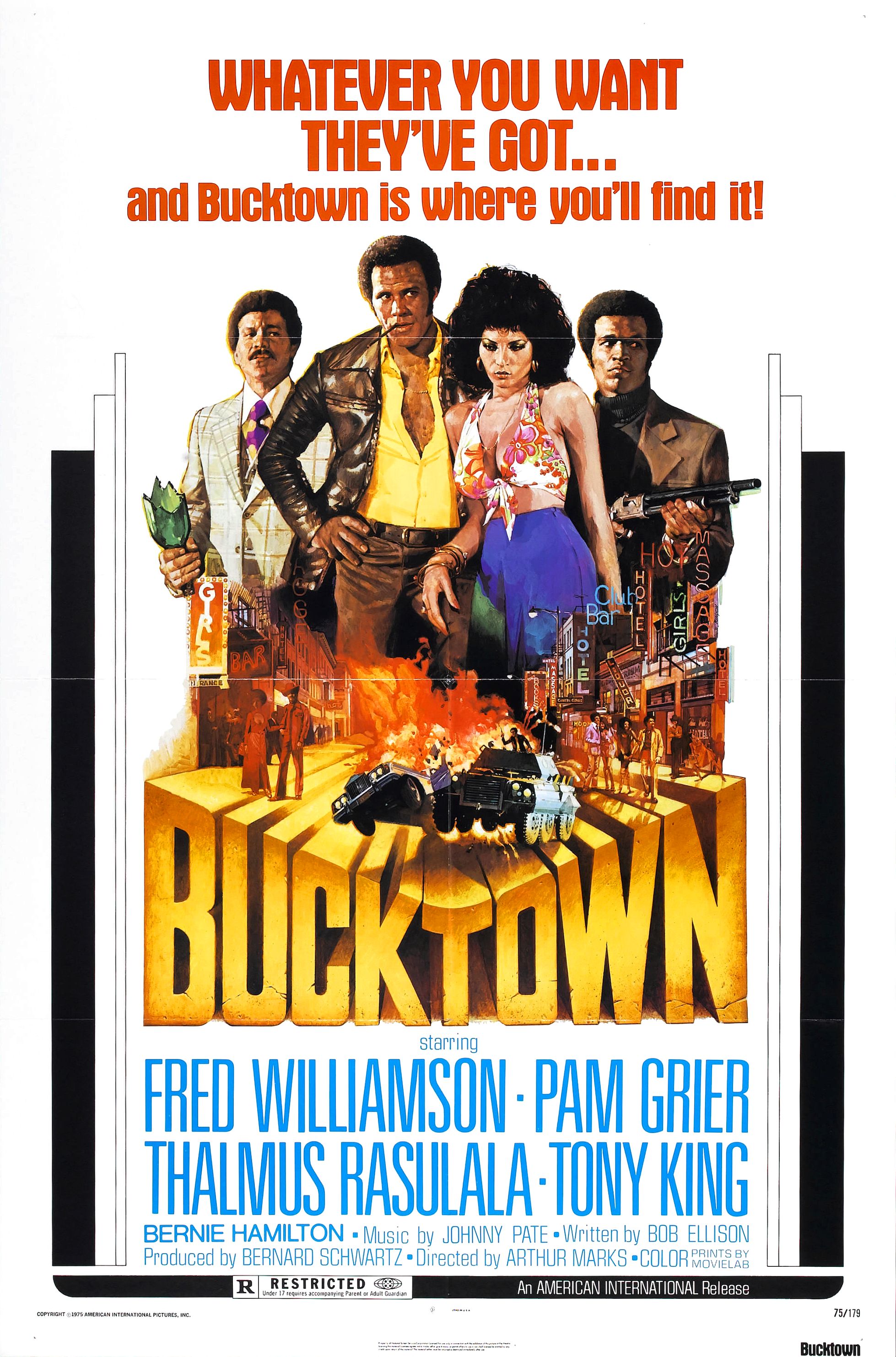 Fred Williamson stars as Duke Johnson, a man who arrives in Bucktown to bury his brother, a bar owner who was killed after refusing to pay crooked cops for protection. After arriving to Bucktown, he realize he needs help after being threatened himself. Duke calls his friend Roy (Thalmus Rasulala) and his gang to come and help, after arriving Roy's gang decided to take over the town. In order to gain control, Duke has to fight off Roy's gang all by himself. (Wikipedia)