Mondo movies were a huge trend in the 60s and 70s. Their depictions of brutality and shocking images from all around the world attracted controversy and a lot of people wanted to see them. If the zombie genre had Hell of the Living Dead (which is considered as the cheesiest zombie film from that era, although I love that movie!), the campiest and lamest entry in the Mondo genre is Brutes and Savages.

Brutes and Savages is a "documentary" about tribes, the nature, and the brutality of Africa and South America. I have to quote the word "documentary" because it's unlike nothing that you've seen on PBS, BBC, or any TV channels. I mean, just look at the poster, it makes me laugh so hard because of its absurdity with taglines and texts like "See 1001 forbidden scenes" or "In fantastic brute sound". The most hilarious of all is "Endorsed by the Institute of Primitive arts and Cultures", because when the movie you're about to see has to be advertised by a fictional institute, you know that it's gonna be a bad one for sure. 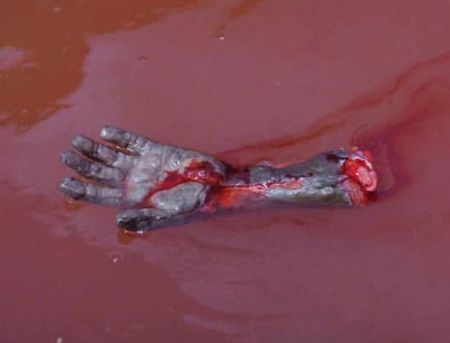 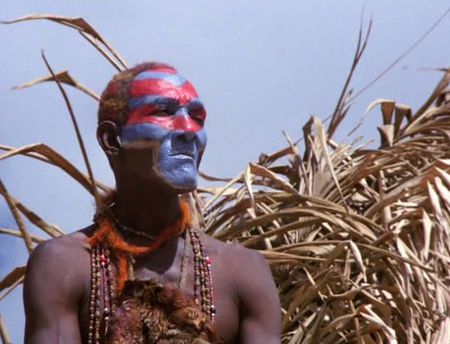 Guess what? It IS bad, but it has a lot of unintentional comedy as well. For example, there's a scene in which two African men fight each other while disco music is playing. Isn't that supposed to be in the Blaxploitation flicks? But who cares, I think it's awesome. There's another infamous scene in which a crocodile eats a tribal member in the river. It's infamous because you can see very clearly that it was filmed in a swimming pool! Wow!

Overall, this film tries to be as shocking as Faces of Death and Shocking Asia, but the boring scenes and hilarious stuff degrade it. It's not as good as those other classic mondo movies, but if you just wanna get drunk with friends and watch it, this is a good choice.