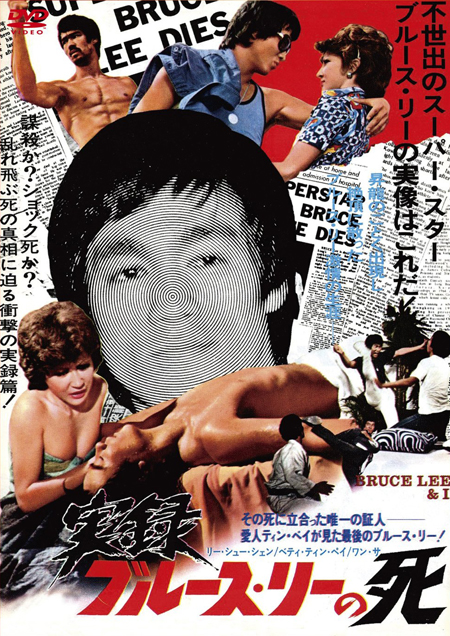 Bruce Lee and I (released in the United States as Bruce Lee: His Last Days, His Last Nights) is a 1976 Hong Kong biographical action film directed by Lo Mar, and starring Betty Ting Pei and Danny Lee. The film was released in the Hong Kong on 9 January 1976. The film is based on Bruce Lee's last days leading up to his death in Pei's apartment at Hong Kong on 20 July 1973. Mainly Betty Ting's story. Opens with Betty and Bruce rolling around in bed around the time he died. Continues with Betty telling her story to a bartender, beginning when she was a loner school girl, she meets Bruce when he saves her from a beating one night and gives her some money. She then attempts to break into show biz and meets Bruce again: from there they become lovers until his death. (Wikipedia)