Lately the 1970's Blaxploitation genre has become an interesting topic again thanks to films such as "Black Panther" and "Get Out", in which black actors and actresses are starring in lead roles. To be honest, I'm not sure whether this current trend will end up in the same as in the 70's or not because, in the past, Blaxploitation was something unique since it was the first time that black people were not portrayed as maids, slaves, or supporting characters.

Filmmaker Spike Lee recently announced his new film which brings to mind those films from the 70s. The movie is called "BlacKkKlansman" (we should mention theres an older exploitation film called The Black Klansman you should see) and it's a true story about a black cop who infiltrated the Ku Klux Klan. This news inspired one of my Facebook friends to post a trailer for a film called Brotherhood of Death. For whatever reason, I decided to read the film synopsis on iMDb before watching it. And this is what they say on the site...

"A group of black Vietnam vets go up against the Ku Klux Klan."

That sounds awesome, doesn't it? So the next thing I did was watch the trailer. It has the classic exploitation tropes we all love: a badass sounding narrator, funky music, action-packed sequences, an evil monologue from the film's antagonist, and, of course, a repeating of the film's title...they do it FIVE times in a three-minute trailer! (It's almost like a parody, a la the comical "Don't" trailer in Grindhouse). Anyway, it immediately got my attention and, luckily, the film is available on YouTube at the moment, so I decided to check out what's it all about. 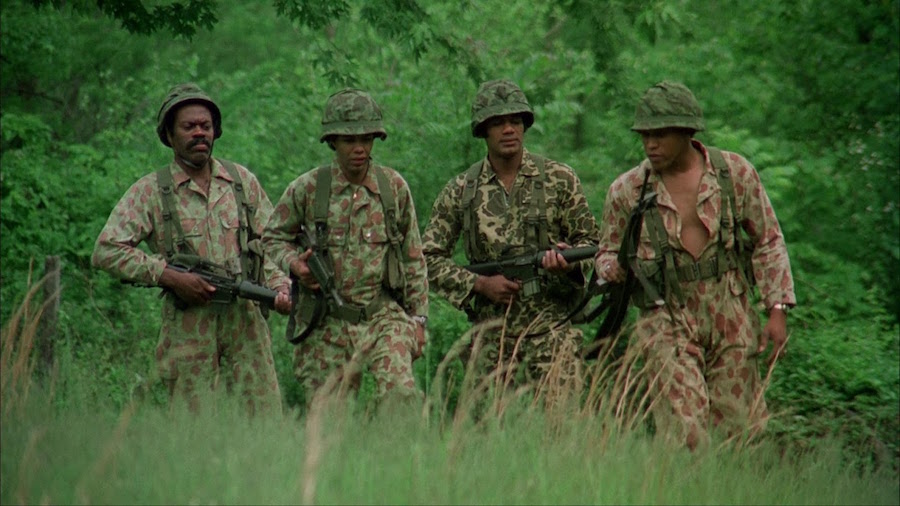 The iMDb description is correct. This is about three black friends, Raymond (Roy Jefferson), Ned (Le Tari), and Junior (Haskell V. Anderson III) who join the army to fight in the Vietnam war and escape the racism in their small town. When they get back, they learn that the Ku Klux Klan, led by Leroy Winniford (Ron David), still harasses black citizens. To make things worse, Leroy rapes a black woman. It's time for our three heroes to fight back. 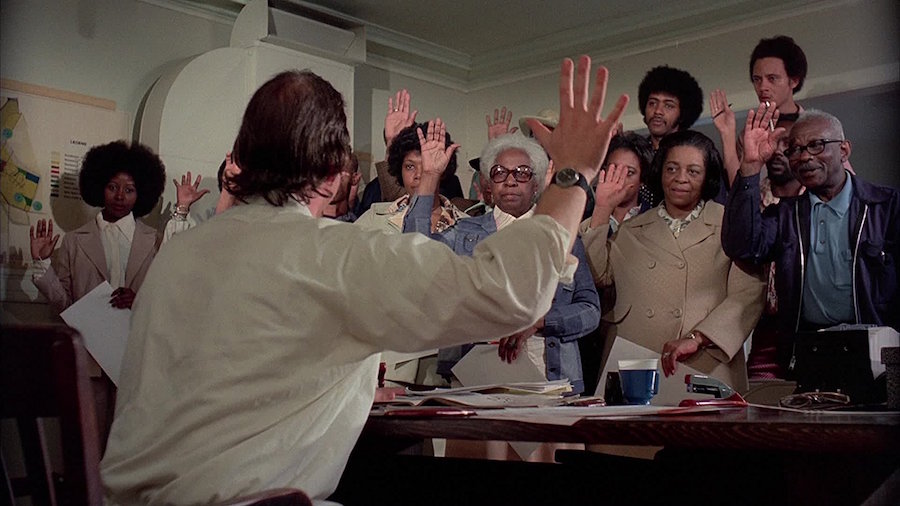 After watching the film, I decided to watch trailer again. I'm shocked that it includes 95% of the important storyline! Sure, in the actual film there's a story about how black people unite and show up for voting registration in order to elect a black sheriff and officers, but the epic three minute trailer has ALL the action sequences that are in the film and it even has the scene in which the villain is killed in the end! So what happens in the actual film? Well, since this is a low-budget production, most of the story consists of characters talking about what's going on in the town to fill the running time. That leads to the problem that many people complain about: the pacing. It's a little bit too slow than what it's supposed to be and, in fact, I think some of the scenes are unnecessary. Look at the Vietnam war sequences. Many reviewers out there make fun of the setting that looks more like backyard or a park than an actual battlefield, but what bothers me more is the fact that I'm not sure whether we need this scene in the first place or not. I understand that they use it to establish our heroes' war background and to set up the final shootout at the end of movie, but not only could they have reduced it to a brief montage, the ending shootout is the only time we see them use their skills from the Vietnam war! Yep, there's not much "dynamite action" as promised in the trailer. 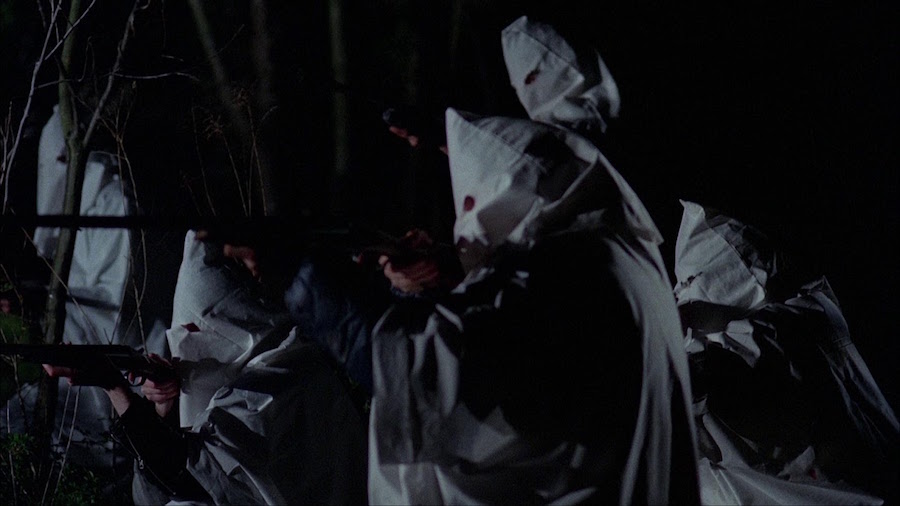 Anyway, the characterization here is mostly one-dimensional. We can't find motivations, emotion or useful details for several characters, but apparently there are two characters that are worth mentioning: Leroy, the KKK leader, and the town sheriff (Bryan Clark) whose name doesn't appear anywhere in the film. Obviously, Leroy hates black people and lots of people in the KKK believe the false premise that black people are linked to Communism and are threats to Christianity. Later on, Leroy has a conversation with the sheriff and tries to play himself as a victim since he was attacked by black guys who realized that he is a rapist. However, the sheriff warns him that he should stop his racist behavior because it will stir up lots of trouble. This is not another "All whites are bad" story since there's a sole white guy who sides with the black people in town...and he's the sheriff. Although we can easily guess that what will happen to him later on. I have to give him credit for being a voice of reason and fighting corruption in his department since the county attorney is a member of the KKK too. 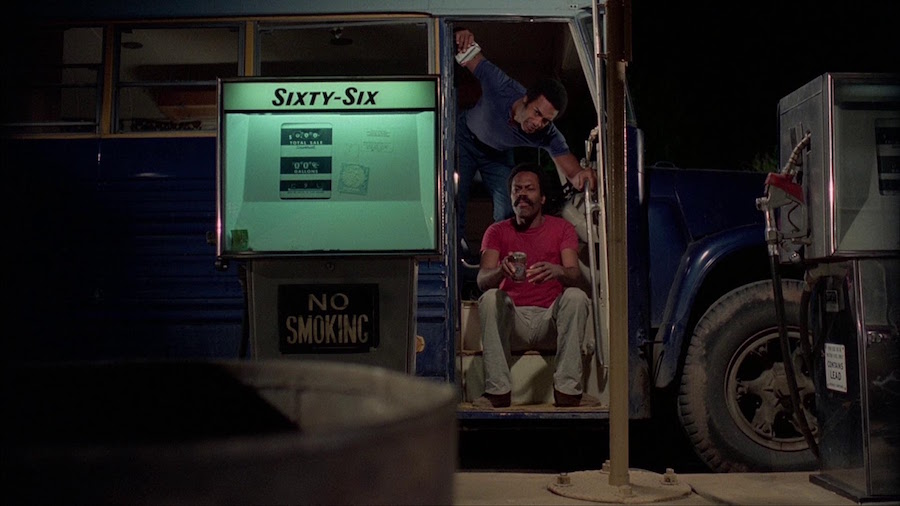 Unfortunately, Brotherhood Of Death is a pretty mediocre film that serves better as a historical look at racism (it features not only KKK but also a real billboard for the organization telling people to join and "help fight communism and integration") than an actual entertaining film. I didn't expect it to be as slick as Shaft or Coffy, but I can't deny that it has pacing problems and they should've had more action sequences to make the film more memorable. However, I strongly recommend the trailer since it's not only a short summary of (almost) everything that goes on in the film. The editing and other elements make it more prominent than actual film itself.