Brotherhood of Death (1976, USA) is a Blaxploitation-Crime film directed by Bill Berry. 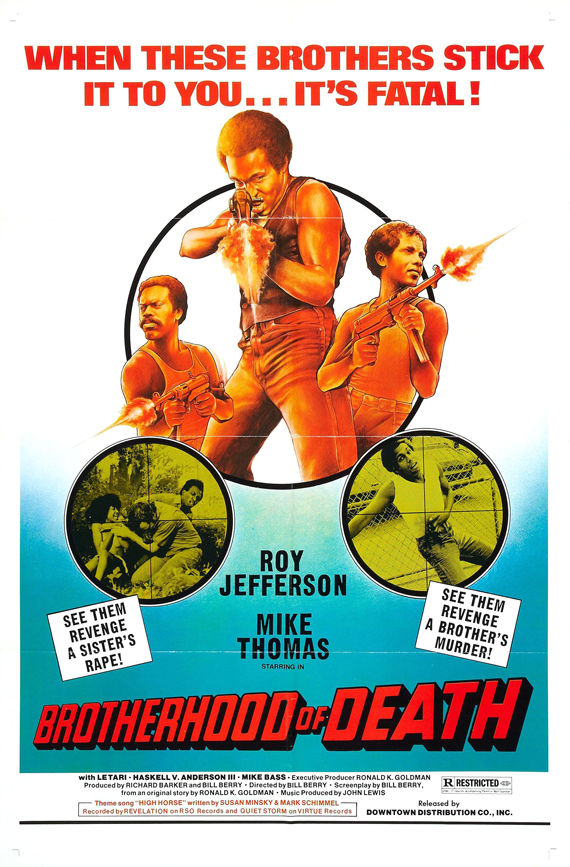 Brotherhood of Death featured appearances by several football players, including Roy Jefferson, of the NFL Washington Redskins. In the mid-to-late 1960s, three young African-American men leave their small Southern hometown to join the United States Army and fight in the Vietnam War. Upon their return home, they take up the cause of battling the racial injustices prevalent in the town. When the town's Ku Klux Klan members offer a murderously violent reaction to their efforts, the trio uses the lessons they learned in the army, fighting the Vietcong, to conduct an all-out war against the Klan. The film was the brainchild of its executive producer, Ronald K. Goldman, a Washington, D.C. native and a veteran of blaxploitation film production. Guided by his previous experiences, Goldman devised a plan to make a film with a very low budget, to be produced entirely outside of the Hollywood establishment, and which he felt highly confident would still prove to be profitable. (Wikipedia)