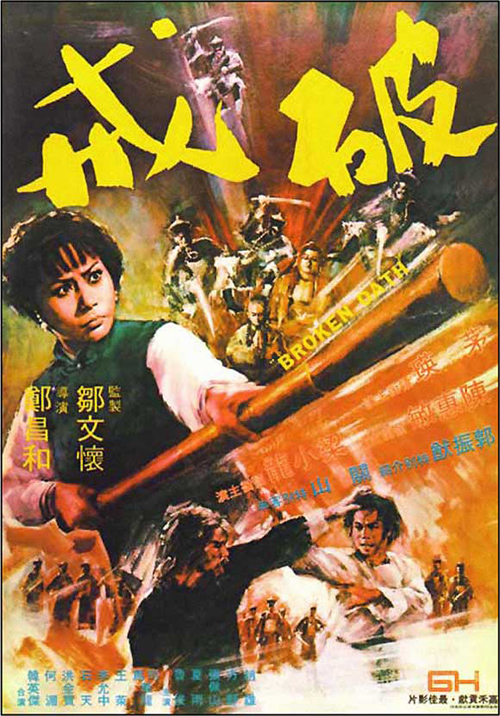 Broken Oath (Chinese: 破戒; Po jie) is a 1977 Hong Kong kung fu film from South Korean director Jeong Chang-hwa, with action choreography by Tyrone Hsu Hsia and Yuen Woo-ping. The Golden Harvest production stars Angela Mao. A woman lies dying in a women's prison after giving birth and recounts to a pickpocket how she ended up there after her husband was murdered by thugs, one of whom also raped her. The pickpocket agrees to raise her daughter to seek revenge, but in hopes of breaking the cycle of violence she hands the infant girl over to a Shaolin monastery for women. 'Pure Lotus' Liu (Angela Mao) grows up to be a troubled young woman who skips out on Buddhist lessons, but excels at kung fu. She's kicked out after killing several thugs and rejoins the pickpocket, where she discovers the truth about her parents. Using her kung fu and deadly scorpions, Lotus begins a systematic hunt for each of the men who assaulted her family and ends up joining forces with government agents to uproot rebels, two of whom are her targets. (Wikipedia)