Branded To Kill (1967, Japan) is a Yakuza film directed by Seijun Suzuki. 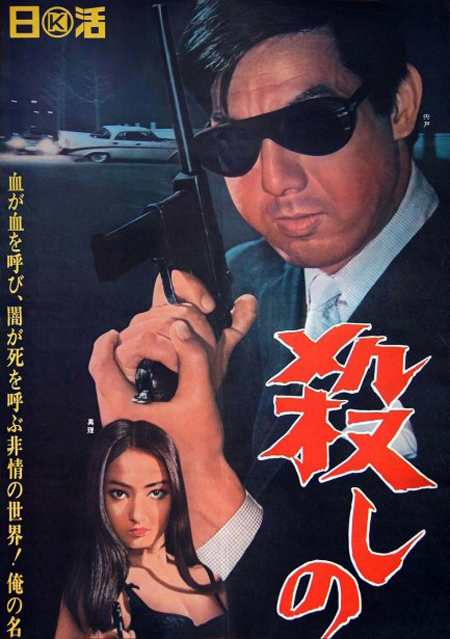 Branded to Kill is a 1967 Japanese yakuza film directed by Seijun Suzuki and starring Joe Shishido, Koji Nanbara and Annu Mari. It was a low budget, production line number for the Nikkatsu Company, originally released in a double bill with Shōgorō Nishimura's Burning Nature. The story follows Goro Hanada in his life as a contract killer. He falls in love with a woman named Misako, who recruits him for a seemingly impossible mission. When the mission fails, he becomes hunted by the phantom Number One Killer, whose methods threaten his sanity as much as his life. (Wikipedia)