Brainiac (1962, Mexico) is a Sci-Fi-Horror film directed by Chano Urueta. 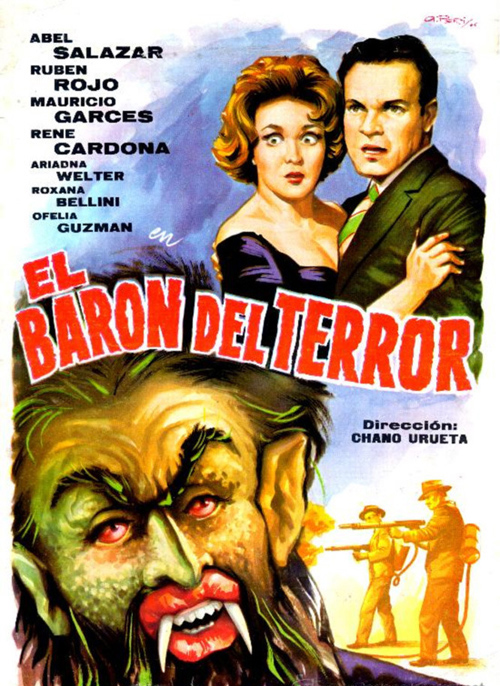 In Mexico City in 1661, Baron Vitelius of Estara is condemned by the Inquisition and sentenced to be burned at the stake. As this sentence is carried out, the Baron promises that he will return with the next passage of a comet (visible over the scene of execution), and slay the descendants of his accusers. The film then fast-forwards to 1961, where the promised comet does indeed return, carrying with it Baron Vitelius, who takes advantage of his considerable abilities as a sorcerer to carry out his threat. (Wikipedia)