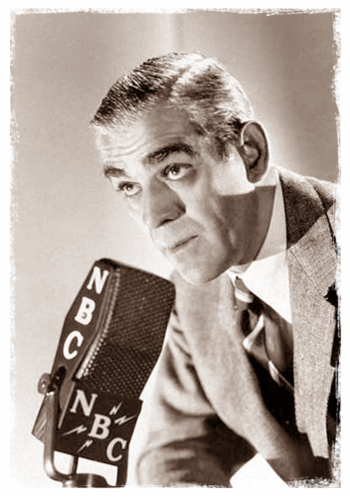 The role of Frankenstein's monster in Frankenstein (1931) made Karloff a star. The bulky costume with four inch platform boots made it an arduous role but the costume and torturously administered makeup produced the classic image. The costume was a job in its self for Karloff with the shoes weighing 13 pounds each, and Karloff having to sleep in between two books in order for him to not ruin his monster makeup. Universal Studios now owns the copyright to the makeup designed by Jack Pierce. Boris was lucky to get the part, as it had supposedly been offered to Bela Lugosi, who declined it. A year later, Karloff played another iconic character, Imhotep in The Mummy. The Old Dark House (with Charles Laughton) and the starring role in The Mask of Fu Manchu quickly followed. These films all confirmed Karloff's newfound stardom.

He gave a string of lauded performances in 1930s Universal horror films, including several with Lugosi, his main rival as heir to Lon Chaney, Sr.'s status as the top horror film star. After earning fame in Frankenstein, Karloff played Frankenstein's monster in two other films, Bride Of Frankenstein (1935) and Son of Frankenstein (1939), with the latter also featuring Lugosi. Karloff would revisit the Frankenstein mythos in several later films as well, starring with the role of the villainous Dr. Niemann in House of Frankenstein (1944), in which the Monster was played by Glenn Strange.

Karloff returned to the role of the "mad scientist" in 1958's Frankenstein 1970, as Baron Victor von Frankenstein II, the grandson of the original inventor. The finale reveals that the crippled Baron has given his own face (i.e. Karloff's) to the Monster. The actor appeared at a celebrity baseball game as the Monster in 1940, hitting a gag home run and making catcher Buster Keaton fall into an acrobatic dead faint as the Monster stomped into home plate. Norman Z. McLeod filmed a sequence in The Secret Life of Walter Mitty with Karloff in the Monster make-up, but it was deleted. Karloff donned the headpiece and neck bolts for the final time in 1962 for a Halloween episode of the TV series Route 66, but the episode featured Karloff playing himself, who, within the story, was playing "the Monster".

While the long, creative partnership between Karloff and Lugosi never led to a close mutual friendship (though their legendary "feud" was just an act for publicity), it produced some of the actors' most revered and enduring productions, beginning with The Black Cat. Follow-ups included Gift of Gab (1934), The Raven (1935), The Invisible Ray (1936), Black Friday (1940), You'll Find Out (also 1940), and The Body Snatcher (1945). During this period, he also starred with Basil Rathbone in Tower of London (1939).

From 1945 to 1946, Karloff appeared in three films for RKO produced by Val Lewton: Isle of the Dead, The Body Snatcher, and Bedlam. In a 1946 interview with Louis Berg of the Los Angeles Times, Karloff discussed his three-picture deal with RKO, his reasons for leaving Universal Pictures and working with producer Lewton. Karloff left Universal because he thought the Frankenstein franchise had run its course. The latest installment was what he called a "'monster clambake,' with everything thrown in — Frankenstein, Dracula, a hunchback and a 'man-beast' that howled in the night. It was too much. Karloff thought it was ridiculous and said so." Berg continues, "Mr. Karloff has great love and respect for Mr. Lewton as the man who rescued him from the living dead and restored, so to speak, his soul."[7].

In later years, Karloff hosted and acted in a number of television series, most notably Thriller, Out of This World, and The Veil, the last of which was never broadcast and only came to light in the 1990s. In the 1960s, Karloff appeared in several films for American International Pictures, including The Comedy of Terrors, The Raven, and The Terror. the latter two directed by Roger Corman, and Die Monster, Die!. He also featured in Michael Reeves' second feature film The Sorcerers (1966).

In 1968 he starred in Targets, a film directed by Peter Bogdanovich about a young man who embarks on a spree of killings carried out with handguns and high powered rifles. The film starred Karloff as retired horror film actor, Byron Orlok, a thinly disguised version of himself—facing an end of life crisis, resolved through a confrontation with the gunman.

Karloff ended his career by appearing in four low-budget Mexican horror films: The Snake People, The Incredible Invasion, The Fear Chamber, and House of Evil. This was a package deal with Mexican producer Luis Vergara. Karloff's scenes were directed by Jack Hill and shot back to back in Los Angeles in the spring of 1968. The films were then completed in Mexico. All four were released posthumously, with the last, The Incredible Invasion, not released until 1971, two years after Karloff's death.

Cauldron of Blood, shot in Spain in 1967 and starring Karloff and Viveca Lindfors, was also released after Karloff's death.