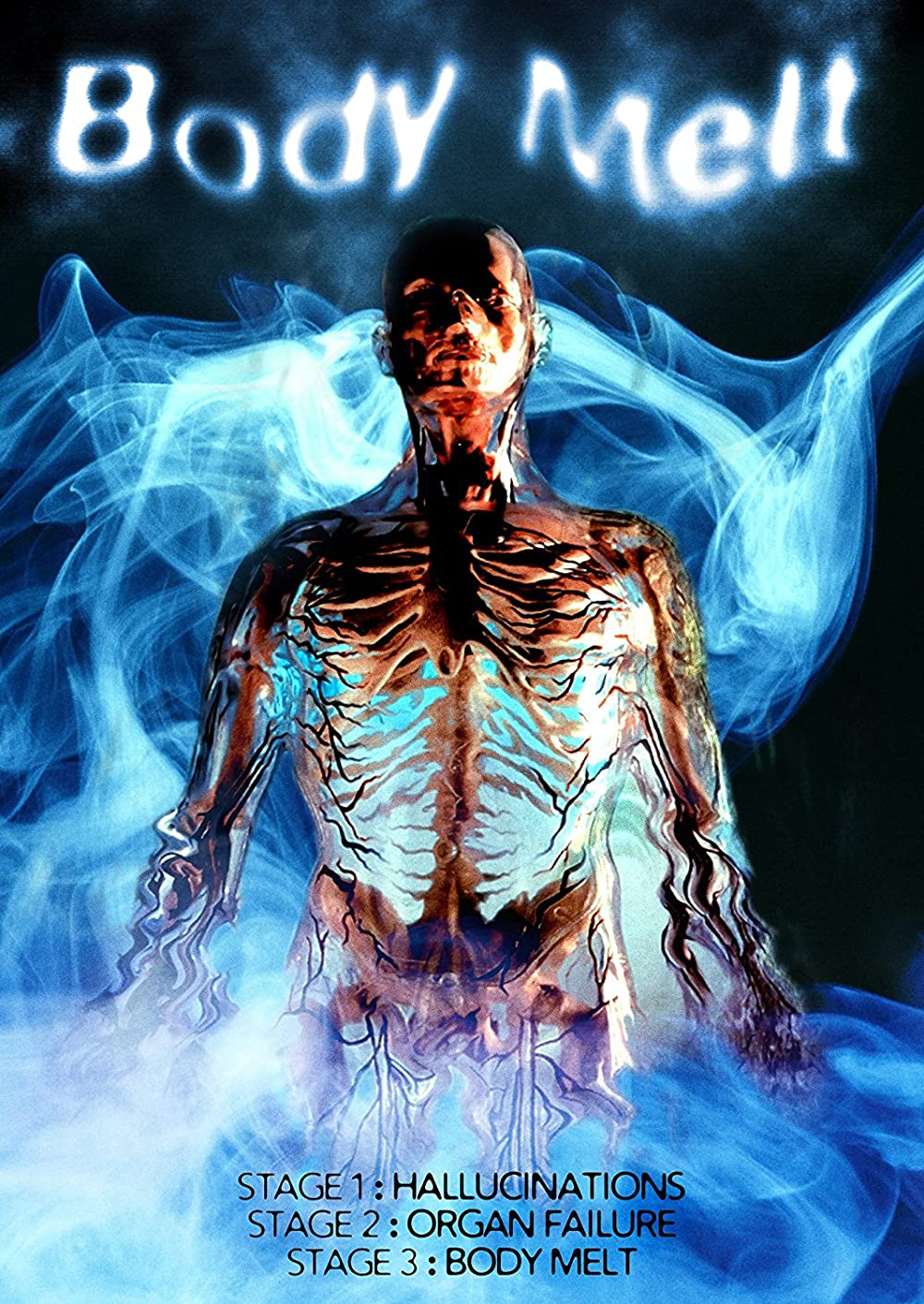 Body Melt (1993) is a satirical Australian horror film directed by Philip Brophy and written by Brophy and Rod Bishop, influenced by "splatstick" Peter Jackson films like Bad Taste and Braindead. The movie is about the residents of the small town of Pebbles Court who are the unknowing test subjects for a new variety of "Vimuville" dietary supplement pills that arrive for free in their mailboxes. The pills are consumed by the residents, and produce liquefying flesh, elongated tongues, exploding stomachs, exploding penises, imploding heads, monstrous births, tentacles growing out of the face, living mucus, sentient placentas, and other gruesome mutations. (Wikipedia)