Blue Sunshine is the ultimate psychological horror film answer to the 60s drug/hippie generation. The plotline is brilliant. The opening credits of the movie also are very unique. Several times, the camera pans up and we see the blue moon...then it pans down and we meet each of the characters of the story... 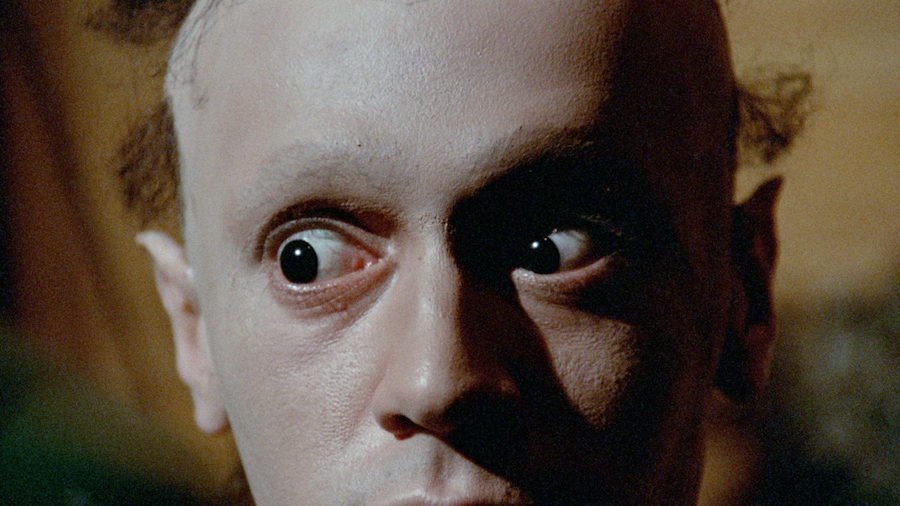 At a party in the mountains some friends get together (look for a quick but funny cameo by Blade Runner''s Brion James as a squawking wildman). Frannie (Richard Crystal) gets up to sing some showtunes and everyones having a good old time, that is until one of the guests notices something strange about him. The guy grabs Frannie's hair and pulls off a wig revealing a bald head. We then see Frannie's eyes revealing this cat is batso. His immediate reaction is to jet out the door. The others wonder what's going on. Is Frannie playing a joke on them? After this party killer, some of the guests leave. One of the people there, Jerry Zipkin (Zalman King) decides to go look for Frannie in the woods (uh oh), while a few of the girls stay inside the house and have a few drinks. While Jerry looks for Frannie, the girls talk in front of the fire and then they hear a knock on the door. They expect to see a friendly face, but when the door opens the psychotic, bald Frannie attacks them. He grabs one of the women and throws her right into the fire and beats the other one to death. Meanwhile, Jerry hears the screams coming from the house and runs back to see whats happened. As he walks inside he encounters the ghastly aftermath of Frannie's rampage. Jerry sees the now cooking corpse in the hearth and picks up a rug and tries to put the fire out, but he cant do it. When he checks the closet, Frannie pops out and the two begin fighting. Jerry manages to get away and run outside, and Frannie follows him, seething with madness. When the two come to a dirt road Jerry pushes Frannie out in front of a passing truck and he gets hit. The driver and passenger (70s exploitation film regular Bill Adler) get out of the truck to check on Frannie, who looks dead but then jumps back up one more time, then dies. Jerry runs back to the house where the truckers chase him. Jerry is cornered and he gets shot by one of the truckers, but manages to hop in his car and speed away. 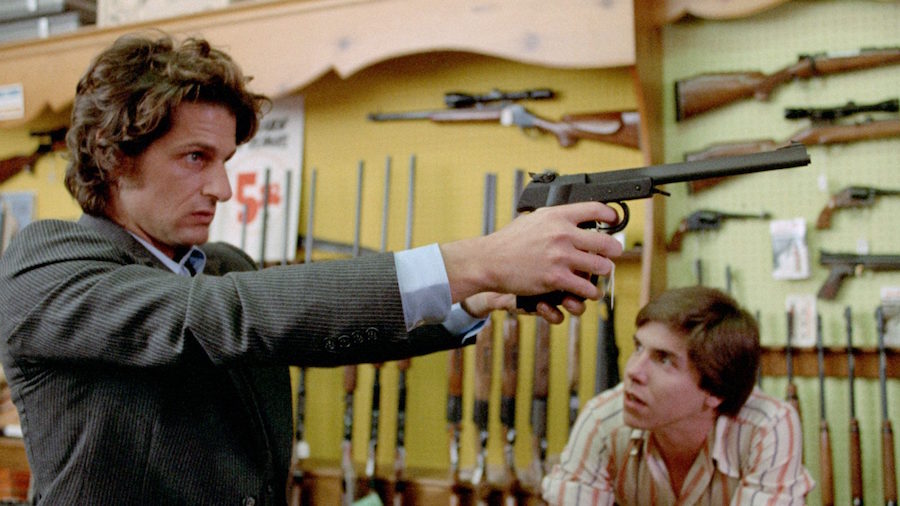 Jerry quickly heads to a local hospital to get his arm fixed up by his friend Dr. David Blume (Robert Walden). Jerry's wound isn't too bad and he's okay. Afterwards, Jerry finds some hair in Dr. Blume's medical checkup room sink and he begins suspecting that his old friend might be going crazy soon too. While Jerry evades the police who suspect him of the killings at the cabin, he begins hearing about other people that have been murdered around town. He starts his own investigations into each of the killers. The more Jerry sees, the more clues he finds that lead him to the words "Blue Sunshine". It turns out that Blue Sunshine was a type of LSD sold back in the 60s. What makes these murders even more chilling is that Jerry learns all the bald headed killers attended Stanford University together 10 years earlier. The after effects of the drug are simple: loss of body hair followed by psychosis. It's definitely not a pretty picture for the characters, but it sure looks great in a horror film! 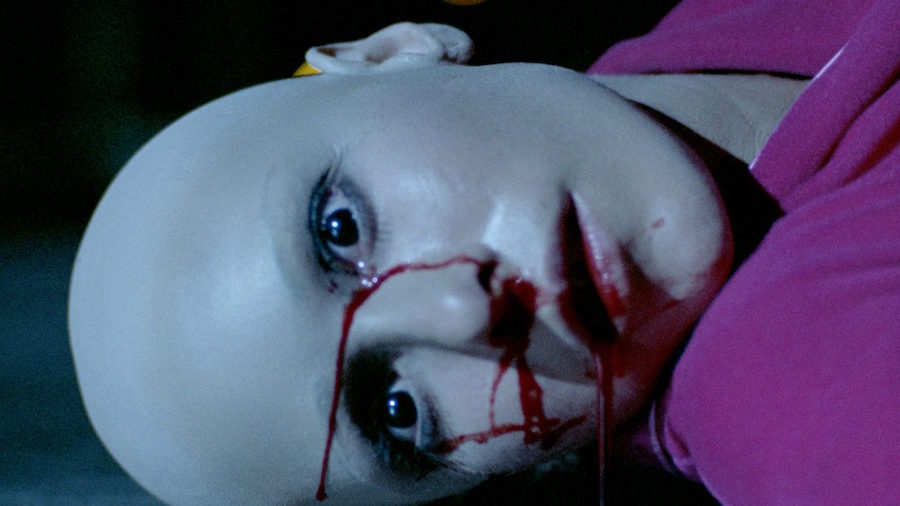 Jerry tries to get information on all the people who have possibly taken Blue Sunshine with the help of his girlfriend Alicia Sweeney (Deborah Winters). He tracks down two more Stanford grads: Edward Flemming (Mark Goddard) who is running for state office and his ex-wife Wendy. Jerry doesnt realize that actually its not Edward who took the drug, but Wendy...who happens to be babysitting two little children just to crank the suspense factor even higher. The scenes with Wendy are some of the most iconic of the film as her character is the one that all the film's promotional exploitation artwork is based on. 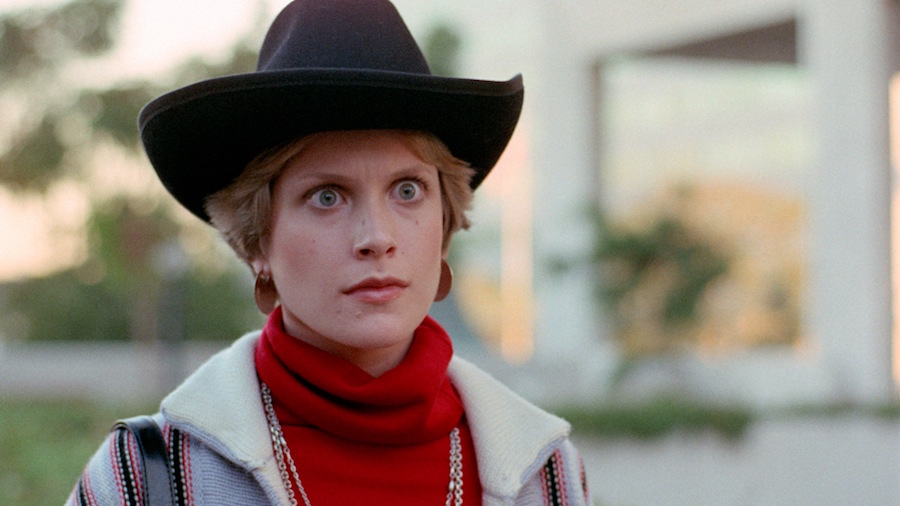 Blue Sunshine is a true cult classic from the 1970s. Not only is the story original and intriguing, the direction is excellent. Director Jeff Lieberman was heavily influenced by Brian DePalma and he does a great job setting up the film to be a mix of investigative thriller, black comedy and creepy horror film very much in the tradition of Sisters. It also seems to be a social commentary on the 60s drug generation and even the Manson murders. The acting in the film is well done, with Zalman King giving a very good performance as the main protagonist Jerry Zipkin. Recommended.