Blood and Lace (1971, USA) is a Horror film directed by Philip S. Gilbert. 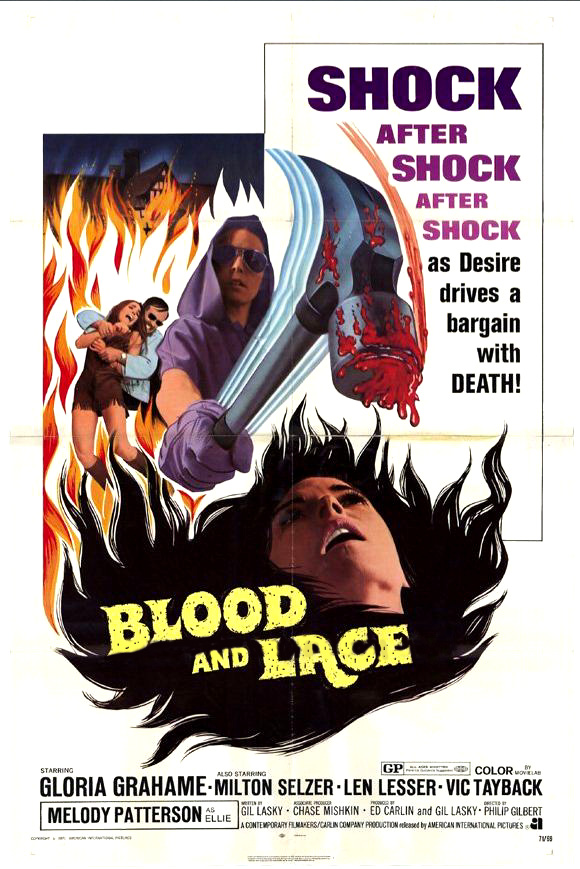 After her prostitute mother and her john are beaten to death while they are asleep in bed, teen-aged Ellie Masters is sent to an isolated orphanage run by Mrs. Deere and her handyman. Taking an avid interest in her welfare is detective Calvin Carruthers. Taking almost no interest at all, is social worker Harold Mullins who is completely under Mrs. Deere's thumb. Lots of unpleasant surprises are in store for Ellie, not the least of which is the fact that Mrs. Deere and her handyman are both brutal sadists, who run the orphanage like a concentration camp and the strong possibility that her mother's hammer-wielding killer is now stalking her. (Wikipedia)