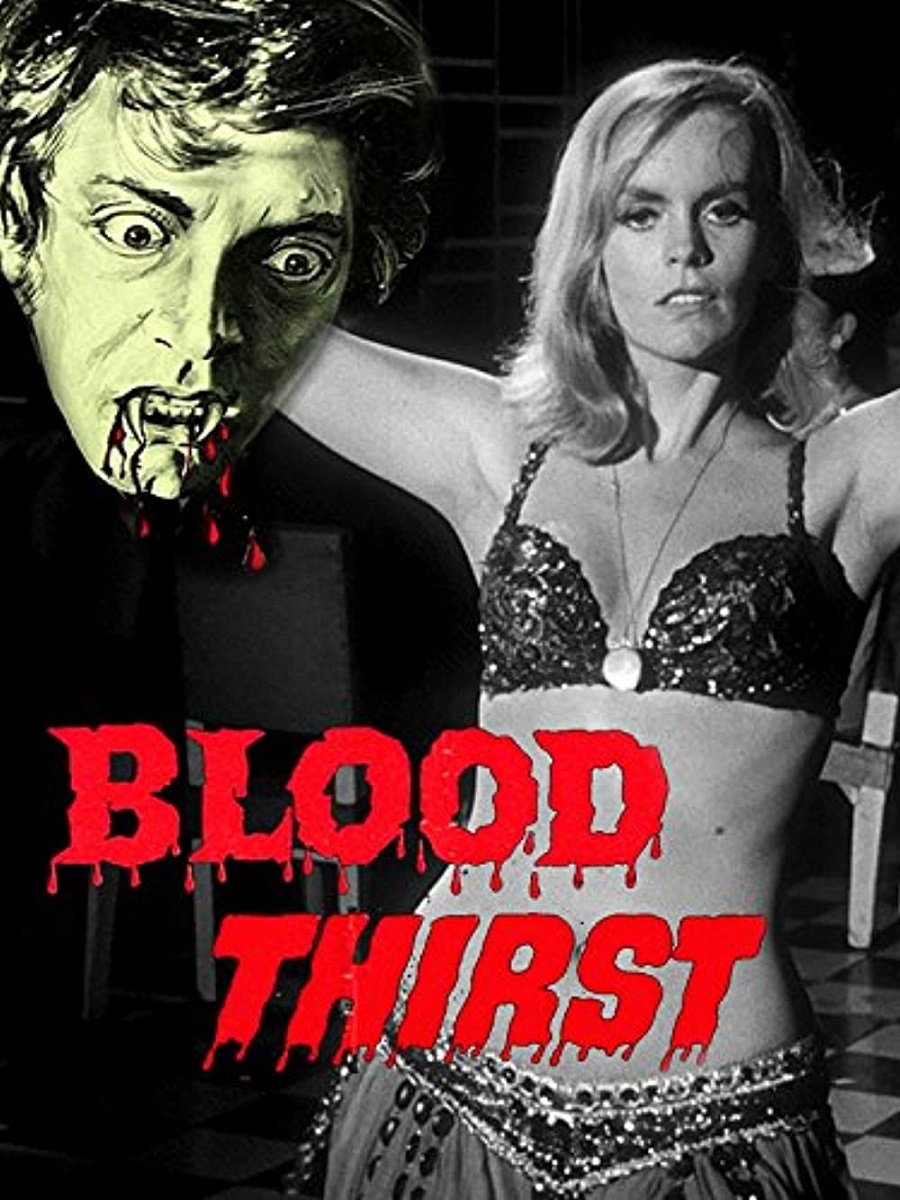 Blood Thirst tells of an American detective investigating a series of vampiric murders linked to a Manila nightclub. Blood Thirst was filmed in the 1965 but not released until 1971 in the USA, where it mostly played the grindhouse circuit. The film's plot, scripted by N.I.P. Dennis in his only listed film credit, is frequently nonsensical, involving a South American belly dancer, played by Yvonne Nielson, who has uncovered an ancient Aztec secret for eternal life, involving regular blood transfusions. To this end, she has enlisted the aid of a Filipino club owner whose visage turns monstrous when he is stalking his prey. (Wikipedia)