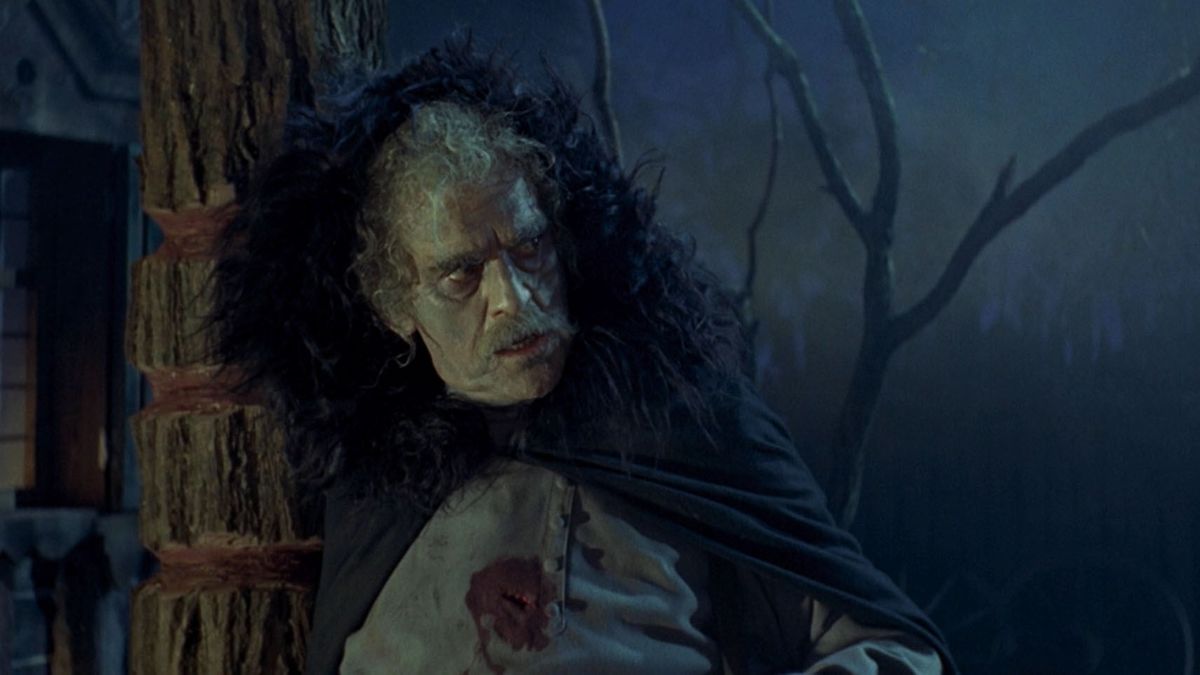 Hosted by Boris Karloff (who also appears as a performer), Mario Bava's horror anthology Black Sabbath is a stunning work of horror. Following in the footsteps of the other huge anthology of the time, 1946's Dead of Night (which was the first film in my knowledge to actually show the inherent terror in ventriloquist's dummies), Bava and his co-writers have crafted a wonderfully frightening trio of horror stories. Though the first two contain slightly less scares, the final story is absolutely terrifying (and literally had chills running up my spine).

The first story is entitled "The Telephone" and tells the story of Rosy (Michele Mercier), who has been getting harassing phone calls from an unidentified assailant who wishes her dead. When she discovers that her imprisoned husband has recently escaped, she fears that he may be the one stalking her. Relying on the comfort of a jilted lesbian lover, Mary (Lidia Alfonsi), Rosy prepares for the worst.

The plot of "The Telephone" contains a few twists that allow for some pretty effective chills, but ultimately the ending of the story is pretty evident. The premise of a woman being tortured by harassing phone calls probably won't seem relevant to those who have grown up in the era of the Scream trilogy, but Bava still manages to generate a real terror of ringing phones. This story could also be seen as the forerunner of all of the "the calls are coming from the attic" type stories and films that were prevalent in the seventies.

The second story is called "The Wurdalak" and is supposedly based on a story by Tolstoy. The segment features Boris Karloff as the patriarch of a family who has been in the grip of terror over a Wurdalak (or vampire) that has been rampaging across the countryside and feeds on the people it loved the most while alive. He departs to destroy the vampire and tells his family that if he has not returned within exactly five days he must not be allowed back in if he does eventually return. When he shows up just minutes after midnight on the fifth night, his family wonders whether or not he has been turned into a Wurdalak and if it was wise to allow him back into their home.

"The Wurdalak" has a few chilling moments, such as the vampiric child of the family standing outside his parents' home calling out to his mother to bring him in from the cold. There is also a wonderful atmosphere surrounding this segment and it really shows off the wonderful cinematography work Bava's films are known for. Though this segment is as obvious to figure out as the previous one, the visuals are remarkable and worth seeing.

There's a scene in this segment that I had always seen a photograph of in horror magazines. The photo is of Boris Karloff sitting on horse back with a large frilled hood over his head. For some reason, I always associated this image with rocker Rob Zombie, never realizing the actual source of the photo as being from a 1963 horror film (though the connection makes sense because of Zombie's adoration of early horror films).

The third segment is by far the most terrifying. Entitled "The Drop of Water" and credited to the writings of Anton Chekhov, this story concerns a nurse named Helen Corey (Jacqueline Pierreux) who is called upon by a maid to dress the corpse of the medium who's home she was the caretaker for. She agrees, despite the fact that it is very late at night and storming badly, but she wants to be compensated heavily for her time. The maid (Milly) promises to pay her well, but she spies a ring on the corpse's finger that her covets more and steals it while the maid is in another room. Upon returning home, Helen is haunted by the corpse of the medium, who wishes to be vindicated for the theft of her ring.

Thanks to some truly frightening make-up work, "The Drop of Water" segment ends up being one of the most chilling scenes I have ever seen in a horror film. The medium's twisted face is grotesque to the extreme and I have never seen a visage as terrifying as the one presented here. The mask was designed by Bava's father Eugenio, and is one of the greatest accomplishments of cinematic horror make-up to date (especially when compared to the almost cartoonish make-up of today's horror film villains).

Black Sabbath has been released on DVD as part of the Mario Bava Collection distributed by Image Entertainment. The film is presented uncut and in its original edit for the first time on legitimate US home video in the 1.78:1 aspect ratio (enhanced for 16x9 televisions) and, despite a few scratches here and there, looks absolutely remarkable. The film is in Italian only, which makes for a strange viewing experience because Karloff and several of the other characters are definitely speaking English, and the Italian dubbing seems almost reserved compared to the eccentric performances that are being given (there is one moment during "The Telephone" where it seems a bit of dialogue has been dropped).

Special features on the disc include the excellent and informative liner notes by Tim Lucas, which have become a standard on the Bava discs (partially due to the fact that he will be releasing a book about Bava's films, which these liner notes have been excerpted from, that will be sure to be the most definitive source on all things Bava), the original theatrical trailer, and bios on Bava and star Karloff. Also on the disc is a still gallery featuring photos from the film and promotional material from the international release. If you have never been introduced to the world of Mario Bava, then this film may be an excellent entry point (followed by the well made thriller Hatchet for the Honeymoon). It is, by far, one of Bava's most accomplished films.