Black Belt Jones (1974, USA) is a Blaxploitation-Martial Arts film directed by Robert Clouse. It is followed by Hot Potato. 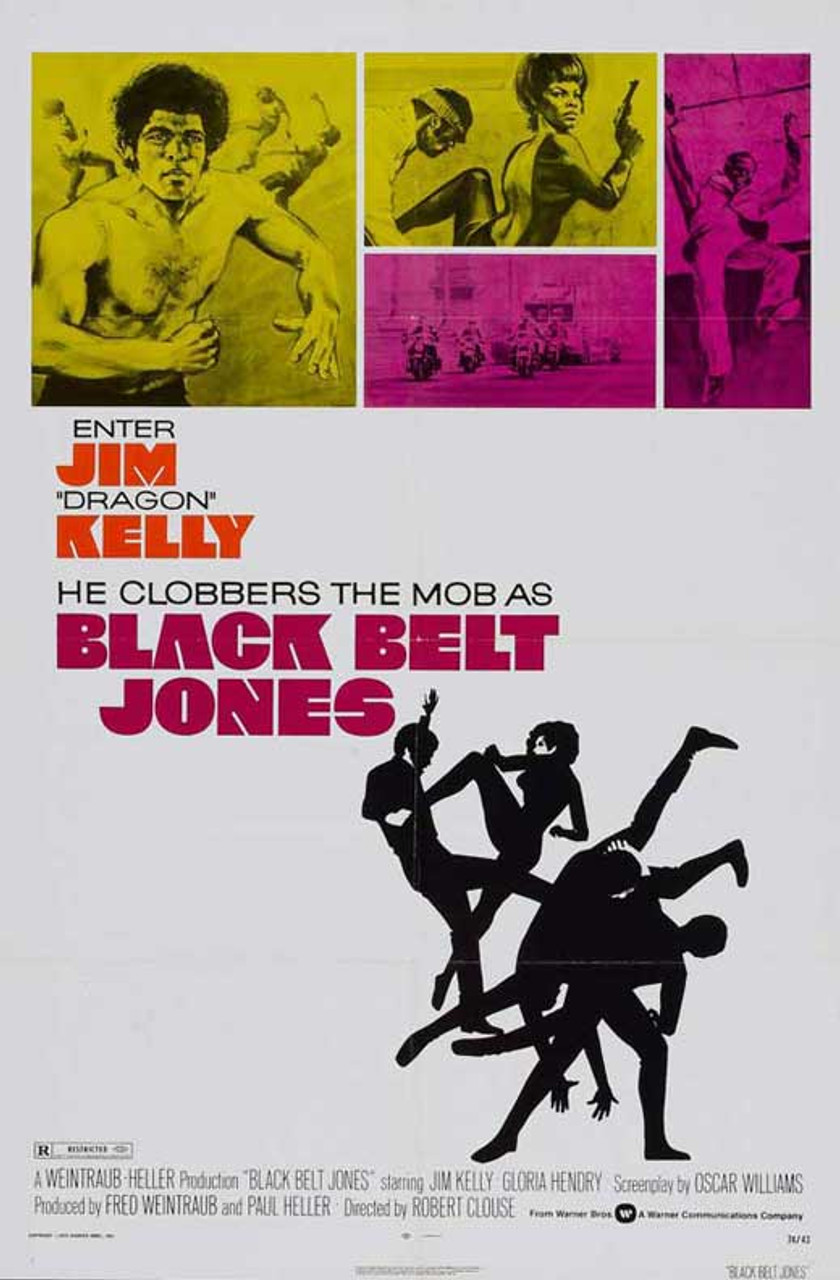 The Mafia learns that a new civic center will be built, and they buy all of the land for the site of the building—all except for one place: a karate school owned by Pop Byrd, Black Belt Jones' old friend. Pop Byrd had borrowed money from a local drug dealer, Pinky, in order to open his school. Pinky had been stealing money from the mafia and was forced to pay them $250,000 or get Pop's building for them. Pinky inflated the debt, with the intent of offering Pop the deal of trading his building in exchange for the debt being cleared. However, things do not go as planned, as Pop is accidentally killed by Pinky's men during an intimidation attempt. Before he dies, he states that he couldn't give them the building to settle his debt, because it did not belong to him, but to someone named Sydney...More