Billy Jack Goes To Washington (1977, USA) is a Counterculture film directed by Tom Laughlin. It is the sequel to Born Losers, Billy Jack and The Trial of Billy Jack. 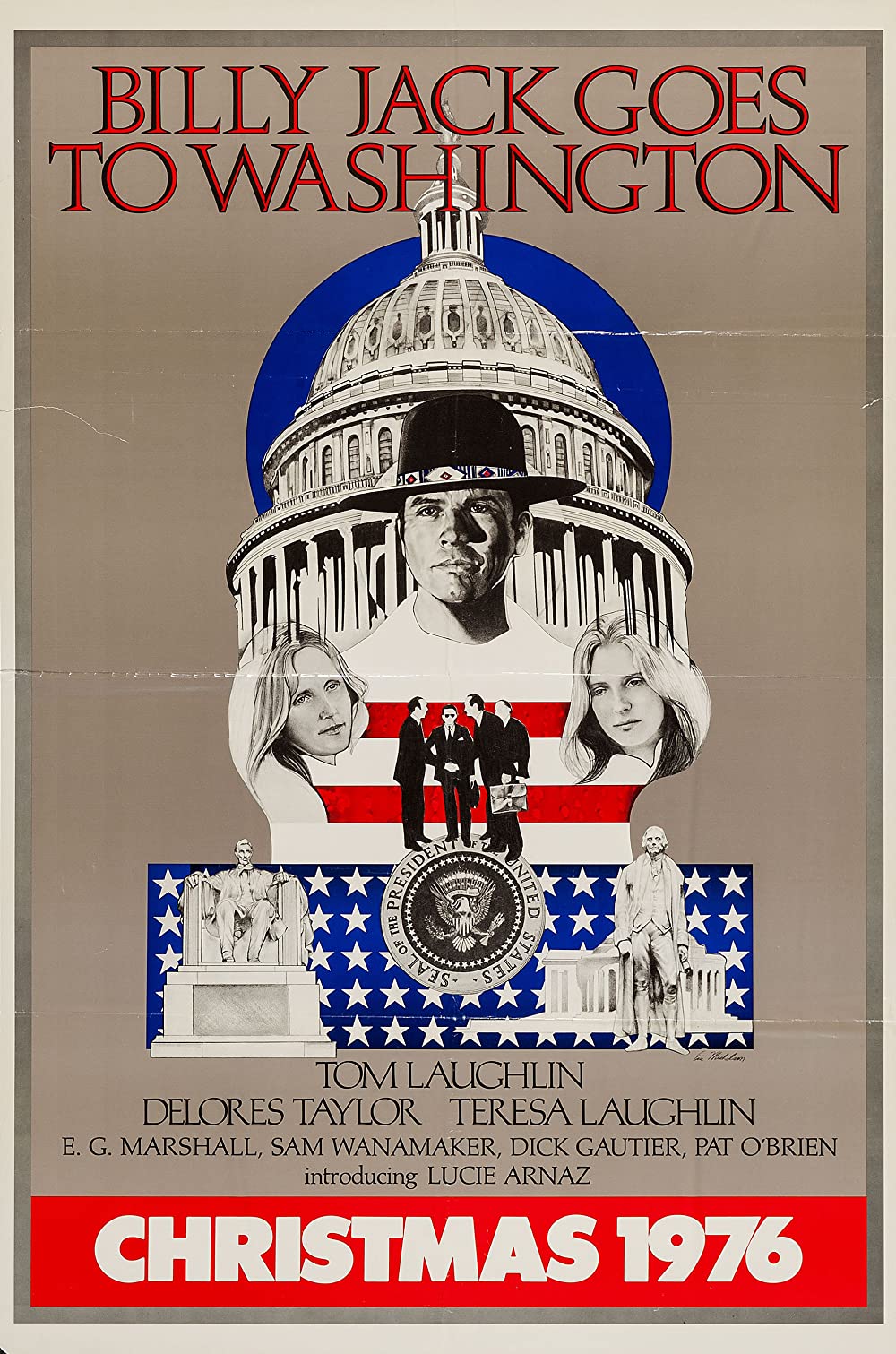 Billy Jack Goes to Washington the fourth film in the Billy Jack series. The film only had limited screenings upon its release and never saw a general theatrical release, but has since become widely available on DVD. The film is a loose remake of the 1939 Frank Capra film Mr. Smith Goes to Washington. This film was a failure, partly due to distribution problems, and it proved to be Laughlin's last film as a director. Laughlin blamed individuals within the United States government for the failure of the film, telling CNN's Showbiz Tonight in 2005: At a private screening, Senator Vance Hartke got up, because it was about how the Senate was bought out by the nuclear industry. He got up and charged me. (Wikipedia)