In 1971, actor turned writer-director Tom Laughlin (aka T.C. Frank) released a film into theaters called Billy Jack. This character was originally introduced in the 1967 American International Pictures film Born Losers, a biker romp which at the time were really popular after the success of Roger Corman's The Wild Angels (1966). One could tell from watching it that Laughlin was trying to add more than just action and thrills to his story. His environmental and political views were placed throughout the movie. With Billy Jack, he really went even further, dedicating the entire film to these topics. 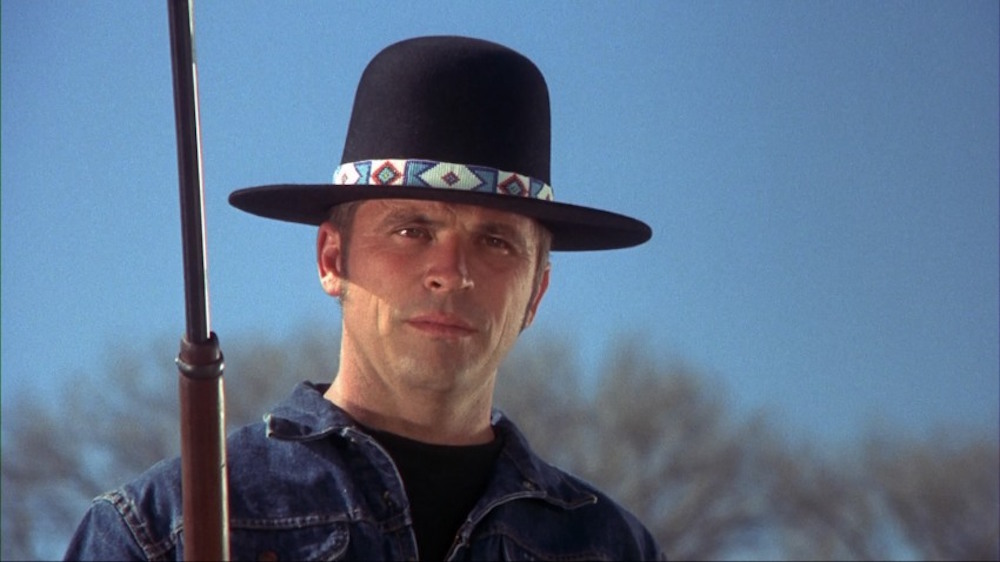 Billy Jack revolves around The Freedom School, a progressive educational commune where young kids, orphans, runaways and outsiders can go and have a place to feel safe and learn. The school is run by Jean Roberts (played by Laughlin's wife Delores Taylor) a strong independent woman who is in love with Billy Jack. While Jean is doing a service by helping the kids, there's tension between the townspeople and the counterculture youth, who they are not fans of. This is clearly a spin on the biker film formula where the cops are always on the case of the outlaws on wheels. 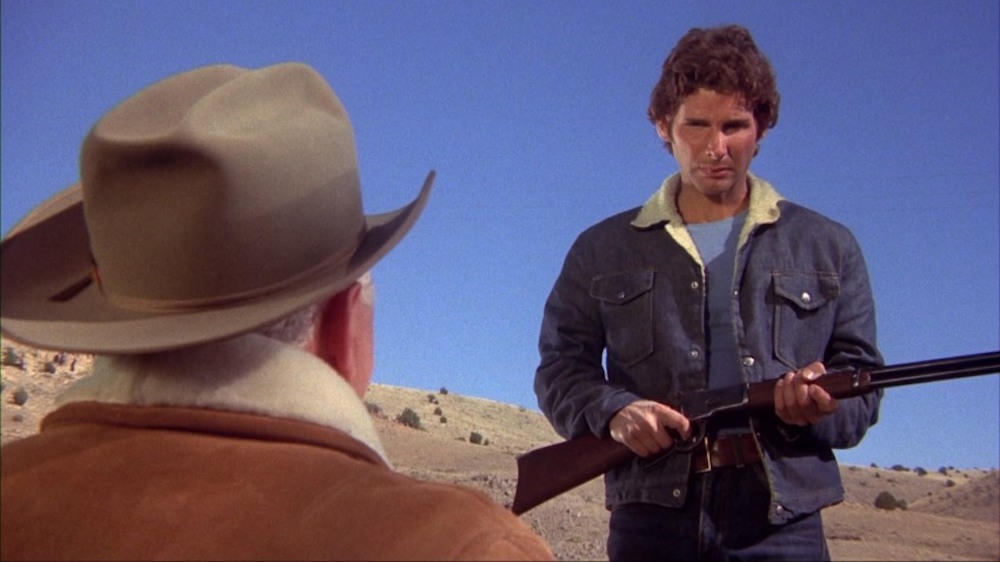 It's established early on that Billy Jack is a feared individual by everyone that knows him. A Vietnam vet who is half Indian and lives in the mountains with an old medicine man. Whenever there's trouble he appears like an apparition on his horse (or in his beat up jeep). Tom Laughlin brought a real charm, wit and humor to his role as Billy. One of his trademarks is when he confronts the bad guys, he calmly talks to them about what he's going to do. Then he explodes and using his deadly hapkido skills, takes his foes out with destructive force. 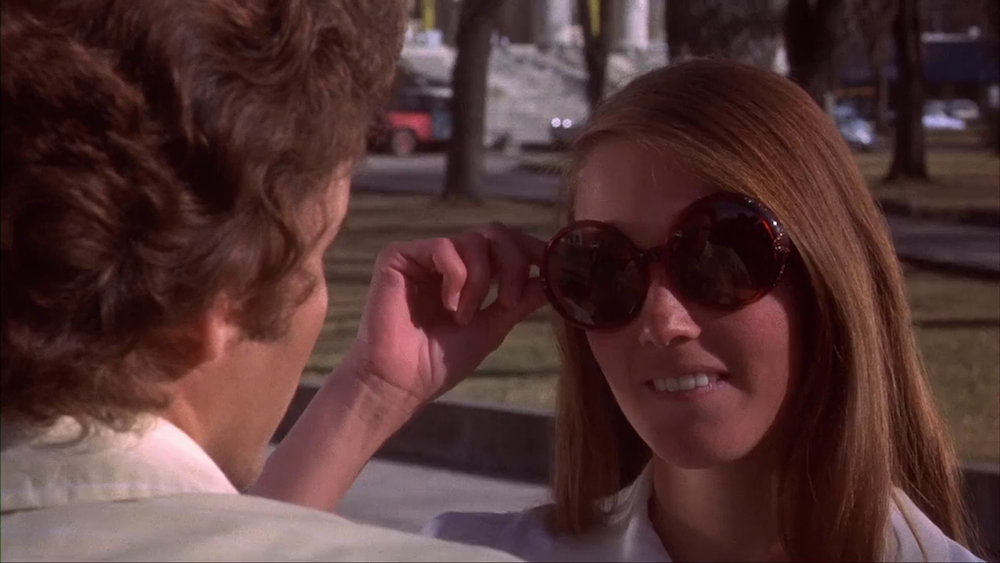 Billy and the Freedom School's main enemies are the corrupt politician Stuart Posner (Bert Freed), his son Bernard (David Roya) and the cruel sheriff (Ken Tobey). Bernard is a real problem child that has sex with underage girls and bullies the hippies in town. He won't shoot horses though, so I guess he has some good qualities. Throughout the story Billy and the kids have to deal with him and it really adds a lot of the films more exciting moments. One of them is a memorable confrontation in an ice cream shop (where Billy goes ber-ZERK). Another has Billy and Jean taunting Bernard at a lake before he can sexually assault a young woman. 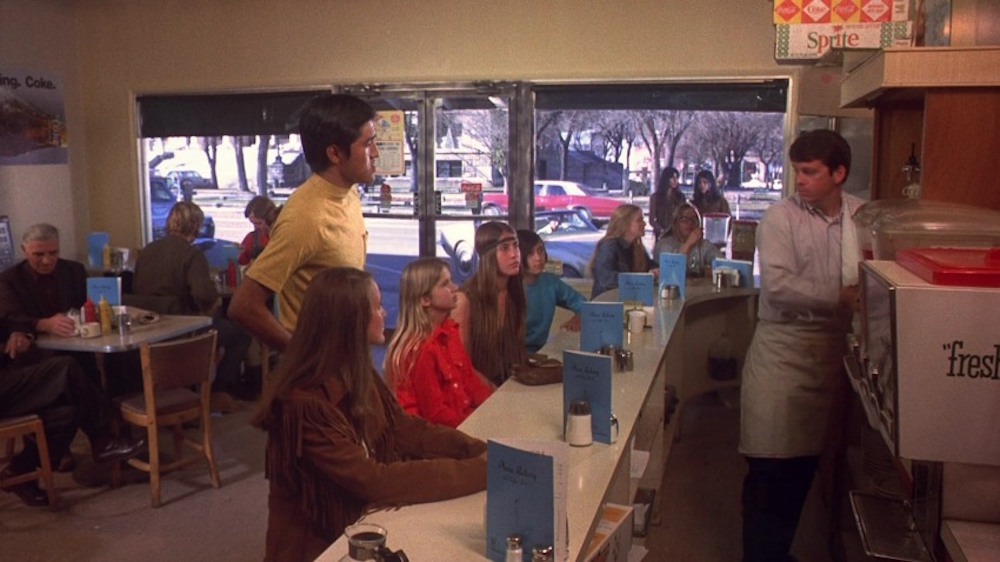 A smaller aspect of the movie that I've always enjoyed is the cameos from the hippie improv comedy troupe "The Committee". Before Cheech and Chong got famous, these artists (featuring a young Howard Hesseman), brought the counterculture to theaters and television, doing funny sketches that addressed the views and concerns of the younger generation. Some of their work might seem a bit dated and even corny now, but these scenes lighten the mood in between the seriousness and aggression being depicted. 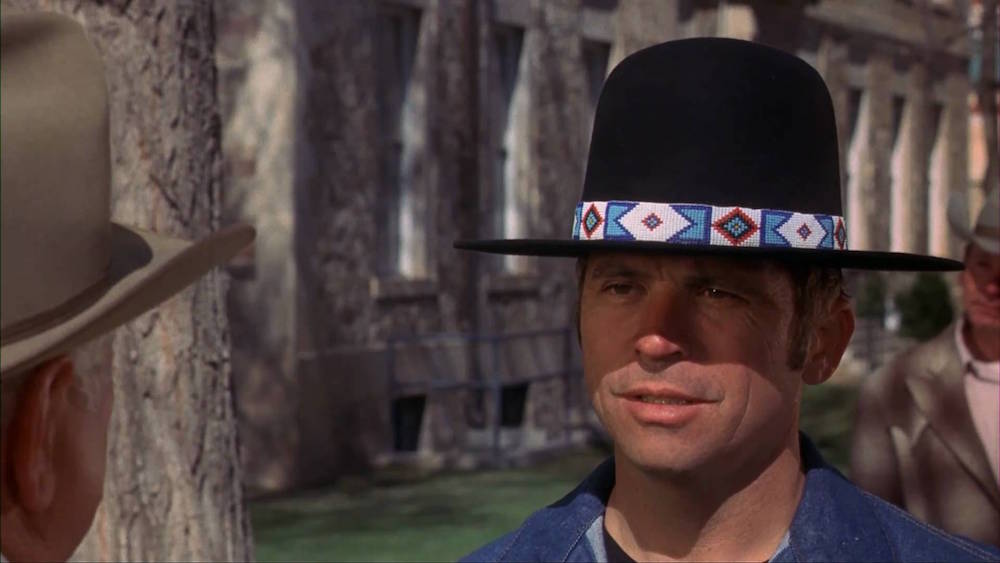 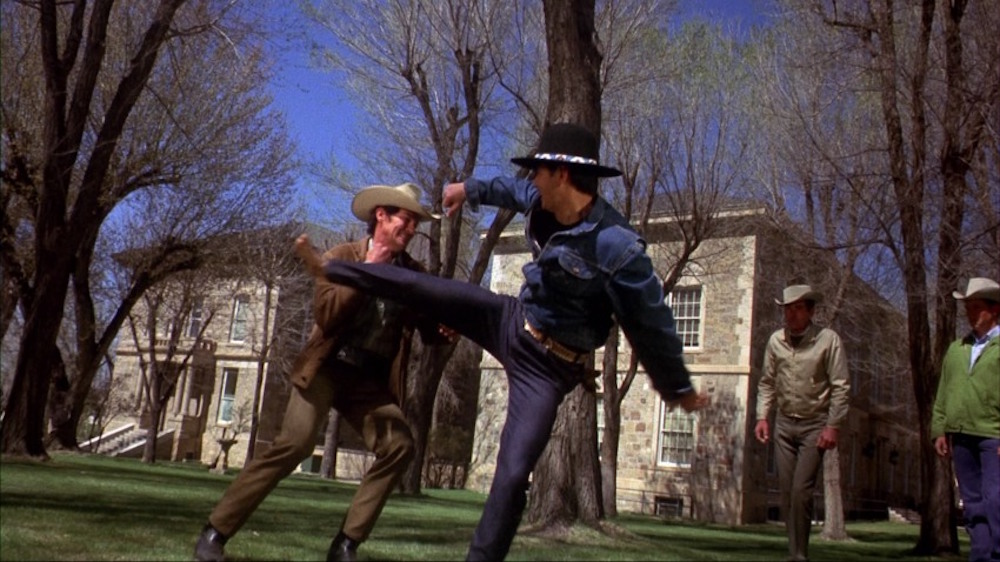 Billy Jack tries to uphold some of the more positive, grounded hippie ideals, but then Billy himself is a violent insurgent that doesn't deal in peace. The first time we see him he is holding a rifle, fighting fire with fire. His angry reaction to animal cruelty going on as well as the murders of JFK, RFK, Martin Luther King and the war in Vietnam are understandable but the rest isn't so easy to define. This movie ultimately marked an end of the 60s where flower power got ugly and hippies got militant. To add to the darker aspects, there's also a disturbing sequence involving rape that really gets to the heart of this type of crime from the woman's point of view. 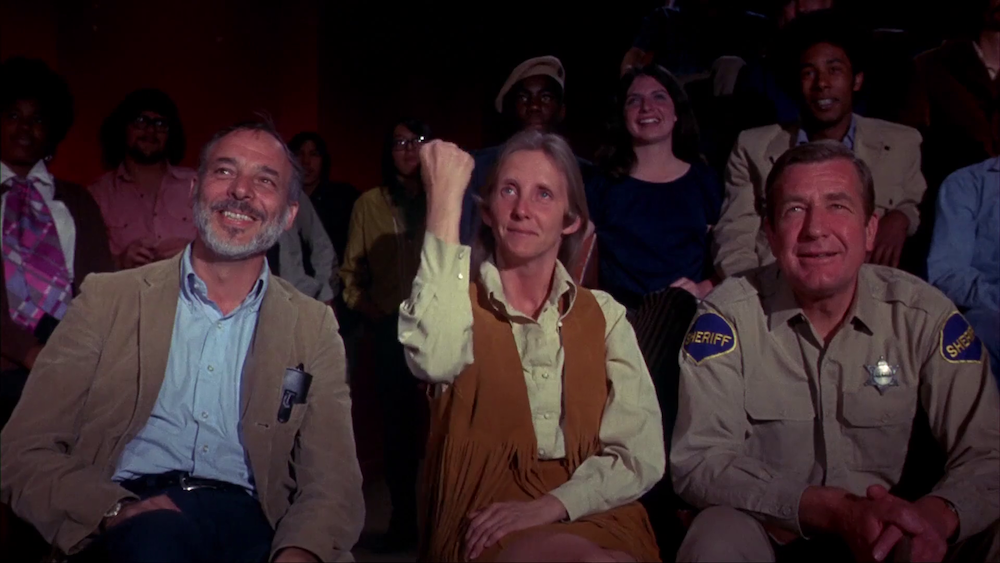 The film was shot in and around Prescott, Arizona in the fall of 1969, but wasn't completed until 1971. American International Pictures were financing it at first but then stopped. The movie was picked up by 20th Century-Fox but they refused to distribute it. Warner Bros. was next in line and filming continued. When it came time to release the movie, no studios were interested. Tom Laughlin decided to do it himself by using the "four walling" method in which the distributor rents movie theaters for a period of time and receives all of the box office revenue. Billy Jack took in $10 million upon release and $50 million after its re-release. 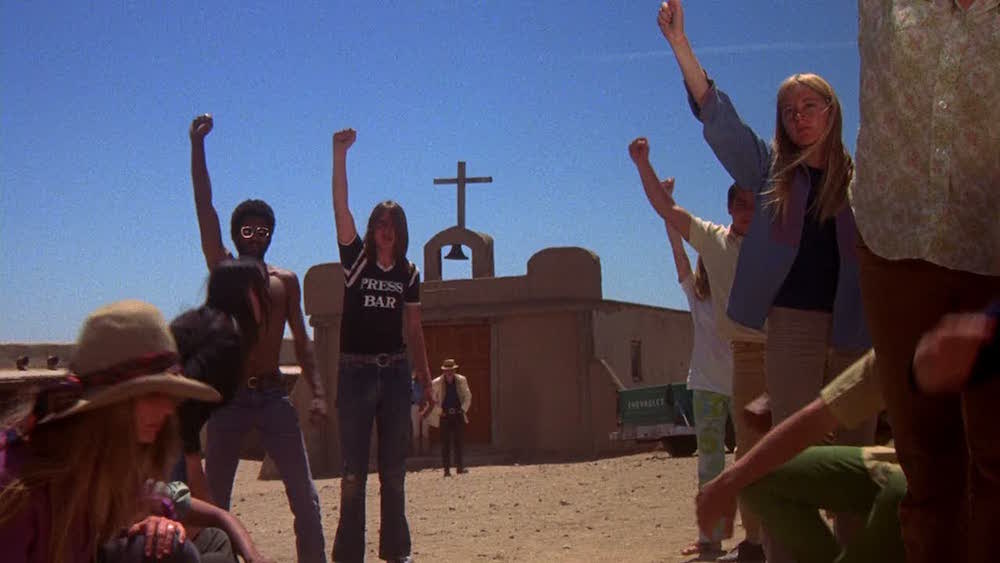 Billy Jack remains an entertaining cult classic from its time (and a personal favorite of mine). A snapshot of the late 60s/early 70s where the counterculture was fading out and the ME generation alongside the cinema of New Hollywood was starting to thrive. Following this film, Laughlin made two sequels: The Trial of Billy Jack and Billy Jack Goes To Washington. Both were moderately good but didn't have the type of impact the original movie had.