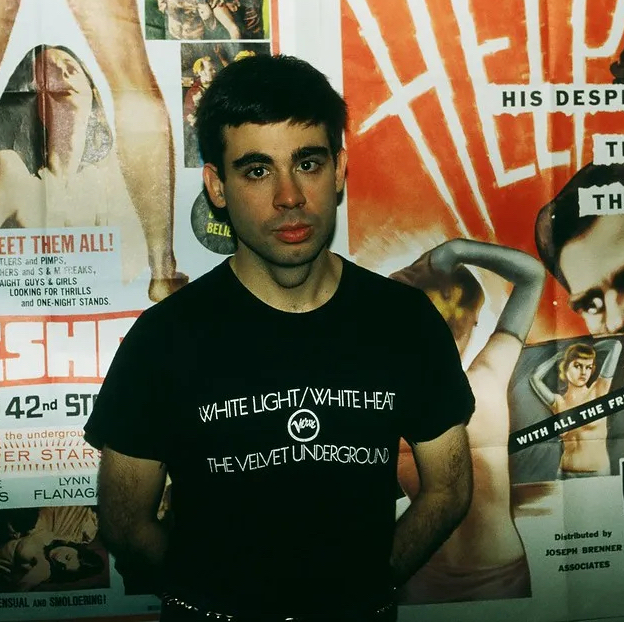 Bill Landis (1959 - 2008) was an exploitation film expert and author. His now legendary fanzine Sleazoid Express has been a go-to guide for grindhouse film enthusiasts for several years. Bill was born in Landes Du Busac, France then moved to England. Since his father was an Air Force officer, he moved around often during this time. Later on in his teens Bill moved back to the US where he graduated early from high school at age 16 and took the BA-MBA program at New York University until 1980. While at school, Bill began working on Wall Street and started visiting NYC's 42nd Street (The Deuce) where he would attend double and triple features of various exploitation films. Pretty quickly, Bill decided that he would document his adventures while also reviewing the films he saw there. The first issue of Sleazoid Express hit the copy machine in 1980. Bill continued to put out the fanzine for the next 5 years all the while working on The Deuce as a film projectionist and box office clerk in the sleazy grindhouse theaters. After getting noticed as a very good writer, Bill went on to review exploitation films for the "Soho Weekly News" and also interviewed B-movie directors for genre magazines like "Fangoria" and "Film Threat." While enjoying the life of a professional writer, Bill held weekly public screenings of his favorite exploitation films at popular inner city venues like Club 57, the Mudd Club, and Danceteria. Bill went on to write the book "Anger: An Unauthorized Biography of Kenneth Anger." In 1997, Bill and his wife Michelle Clifford started the sex themed magazine "Metasex." Soon after, due to popular request, they brought back "Sleazoid Express" to readers in 1999 publishing it as a hardcover book. Both Bill and Michelle wrote articles for magazines like "Variety," "The Village Voice," "Film Threat," and "Screw,". In December 2008, Bill Landis suffered a heart attack and passed away. His many writings and contributions to recognizing exploitation cinema as a legitimate art form over the years have inspired so many movie fans like him. He was a true pioneer of the Grindhouse era.