Beyond Atlantis (1973, Philippines) is a Science Fiction/Adventure film directed by Eddie Romero. 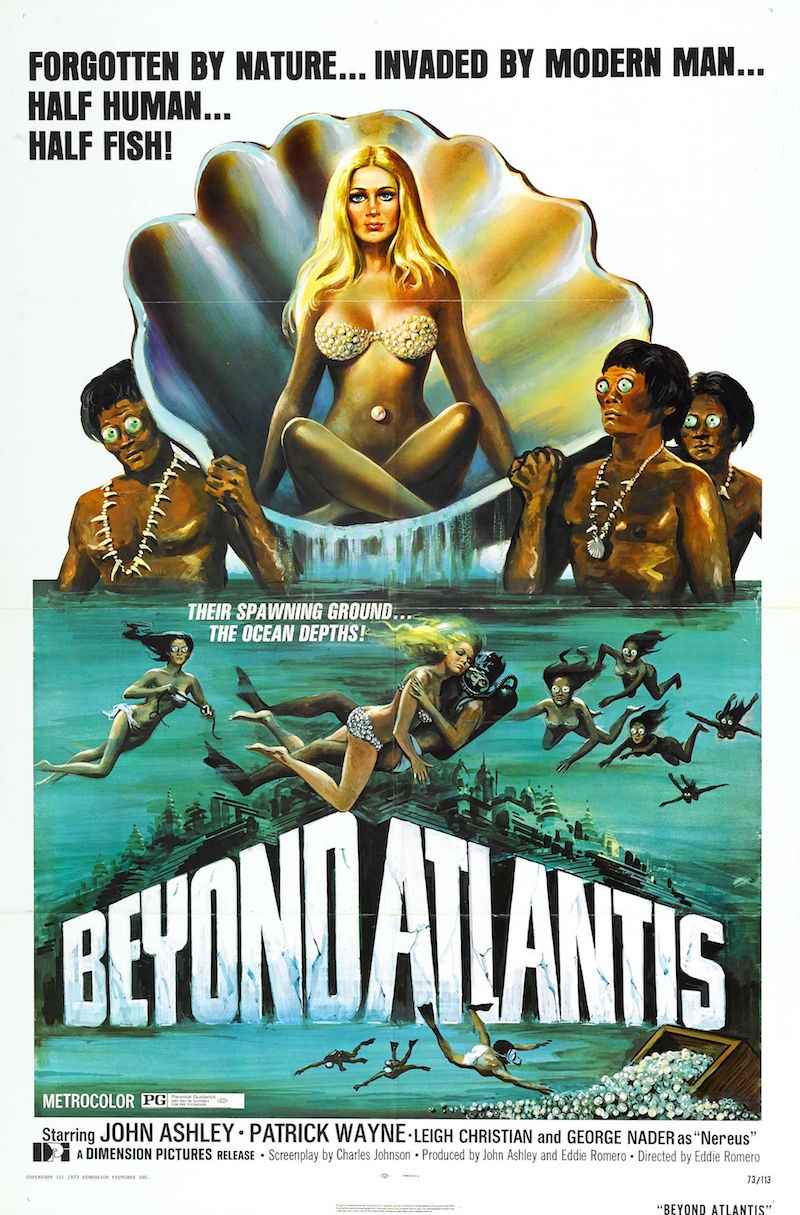 "A band of adventurers on the search for a reported fortune in buried treasure, investigate many islands to the south of the Philippines and discover an unknown civilization that may be descendants of the lost continent of Atlantis. These half human, half fish creatures, have pearlized eyes and are able to stay underwater for great lengths of time...a bonus because all of their important rituals, including love-making, take place on the sea bed. But this lost tribe needs outsiders for mating and when they capture the greedy band of fortune hunters, the adventure becomes a fight for treasure!" (Amazon / VCI - BluRay description)