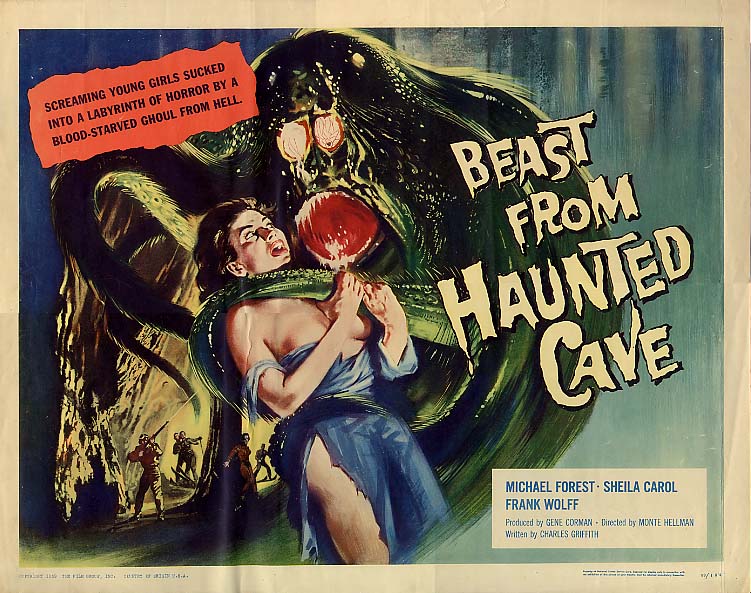 Beast from Haunted Cave is a 1959 horror/gangster/heist film directed by Monte Hellman and starring Michael Forest, Frank Wolff, Richard Sinatra, and Sheila Carroll. Filmed in South Dakota at the same time as Ski Troop Attack, it tells the story of bank robbers fleeing in the snow who run afoul of a giant spider-like monster that feeds on humans. The film war released as a double feature with The Wasp Woman. Screenwriter Charles B. Griffith rewrote an earlier screenplay for the film Naked Paradise. A third version of this storyline appeared as the comedy film Creature from the Haunted Sea. (Wikipedia)