Battles Without Honor and Humanity

Battles Without Honor and Humanity (1973, Japan) is a Yakuza Crime film directed by Kinji Fukasaku. 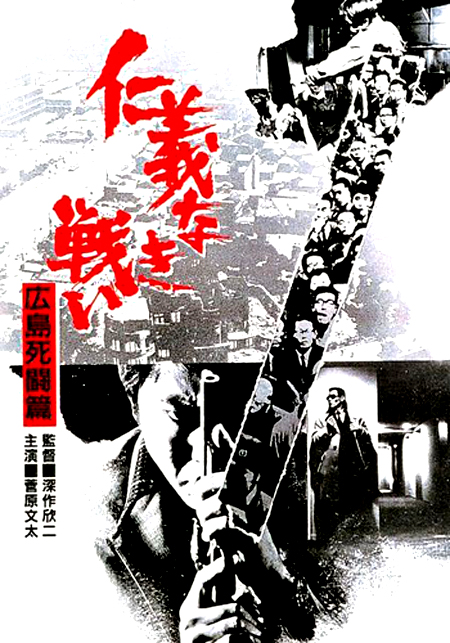 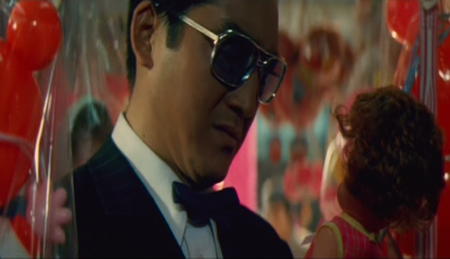 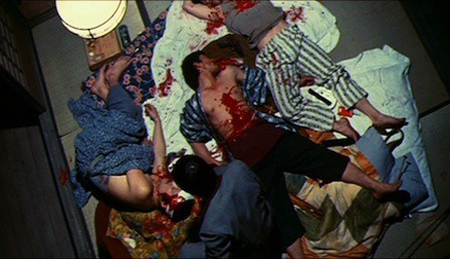 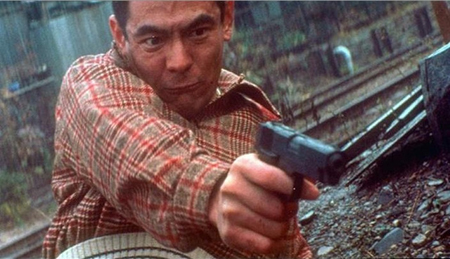 Battles Without Honor and Humanity (Japanese: 仁義なき戦い, Hepburn: Jingi Naki Tatakai?) is a 1973 Japanese yakuza film directed by Kinji Fukasaku. The screenplay by Kazuo Kasahara adapts a series of newspaper articles by journalist Kōichi Iiboshi, that were rewrites of a manuscript originally written by real-life yakuza Kōzō Minō. It is the first film in a five-part series that Fukasaku made in a span of just two years. The violent, documentary-like film chronicles the underworld tribulations of Shozo Hirono (Bunta Sugawara), a young ex-soldier and street thug in post-war Hiroshima Prefecture. Starting in the open-air black markets of bombed-out Hiroshima in 1946, the film spans a period of more than ten years. The plot consists of a changing of the guard of new families and organizations with the same feuds and people, punctuated by the gritty violence. Battles Without Honor and Humanity won the 1974 Kinema Junpo Awards for Best Film, Best Actor (Bunta Sugawara) and Best Screenplay (Kazuo Kasahara). In 2009, the magazine named it fifth on a list of the Top 10 Japanese Films of All Time. Due to the series' commercial and critical popularity it was followed by another three-part series, New Battles Without Honor and Humanity. The film is often called the "Japanese Godfather," and marks a departure from traditional yakuza movies which had, for the most part, been tales of chivalry set in pre-war Japan. The overall tone of the series is bleak, violent and chaotic, expressing the futility of the struggles between yakuza families. In the western market it is also known under the titles, Tarnished Code of Yakuza (Australia), War Without a Code, and The Yakuza Papers. Set in post-war Japan, Fukasaku drew on his experiences as a child during World War II for Battles Without Honor and Humanity. At fifteen he worked with other children in a munitions factory that was regularly bombed. The director recalled "even though we were friends working together, the only thing we would be thinking of was self-preservation. We would try to get behind each other or beneath dead bodies to avoid the bombs.... I also had to clean up all the dead bodies.... I'm sure those experiences have influenced the way I look at violence." (Wikipedia)