Baby Needs A New Pair of Shoes is one of Blaxploitation’s most obscure (and twisted) entries. Released in 1974 first as Baby Needs a New Pair of Shoes (an appropriation of a gambling phrase), then as the more hip-sounding Jive Turkey and, finally, as (the purposely controversial) Nigger Rich (!), budget filmmaker Bill (Miss Melody Jones) Bramme’s look at feuding mob factions—one black, one white, is a clever, violent, vulgar and shoddy little picture, a "true story" we are informed, that stretches the parameters of believability but still manages to seem semi fresh. 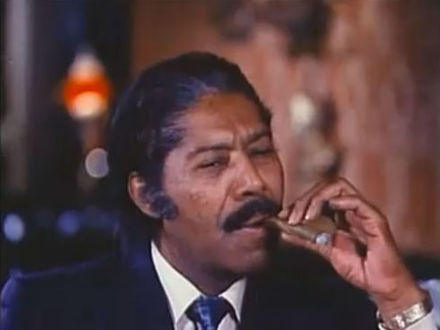 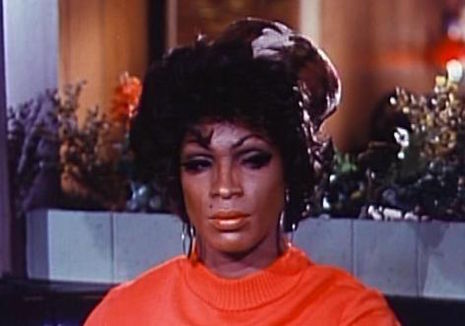 In 1956 Ohio (a fact we’re reminded of time and again), the head of a lucrative illegal numbers racket is pursued by both the mob and the local police. Don Edmondson, in the role of Serene, a transvestite murderer-for-hire, turns in a performance that is both unusual and outrageous: especially for the time. High-heeled, be-wigged, trim but questionably convincing as a “real” woman (those expansive shoulders!) Edmonson as Serene (the exact opposite of what she/he is) is onhand to do whatever is needed to get what she wants; even if the path to what she wants involves a few excessively violent and gory murders. Backing up the colorful Serene—a minor role really that, in the end, is the only role you’ll remember, are Paul (Truck Turner) Harris as Pasha, a beleaguered, bitter but all-knowing African-American numbers king, Frank (The Slams) DeKova as Big Tony, a Russian Roulette-playing Italian mob boss who is as cavalier with his gun as Serene is with her out-of-nowhere razor blades, and Sweet Man (Reginald Farmer) a big-hearted, fluorescent pink-suited bet taker. 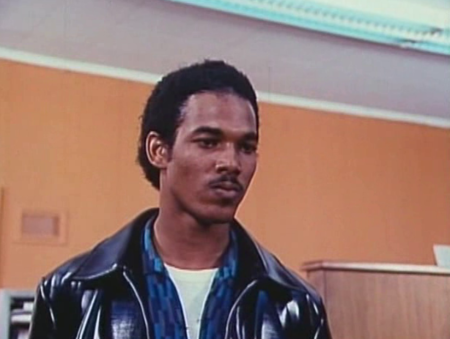 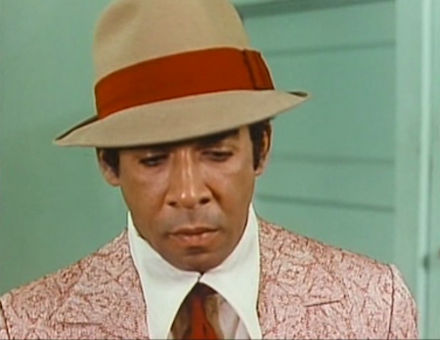 One of very few Grindhouse films to trouble itself with period costumes, cars and interiors (1956 by way of 1974), Baby Need a New Pair of Shoes holds its own as an ambitious endeavor striving, as it does, to be something more than what is expected.

Artful but also shamelessly derivative, “Baby” is a collection of shootouts, car chases, sex scenes, pool room brawls and bloody murders that remains an intriguing attempt at both social commentary and (underground) race relations. Odd, entertaining and brief (only 86 minutes).