Attack of The Crab Monsters

Attack of the Crab Monsters (1957, USA) is a Giant Monster-Eco-Terror film directed by Roger Corman. 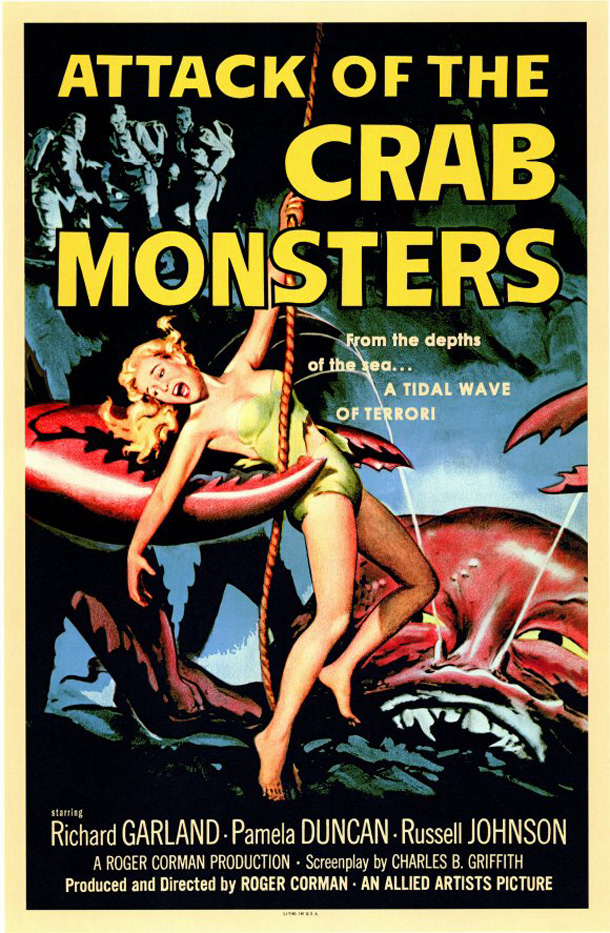 Attack of the Crab Monsters is a 1957 independently made American black-and-white science fiction film, produced and directed by Roger Corman (via his Los Altos Productions) and distributed by Allied Artists Pictures Corporation. The film starred Richard Garland, Pamela Duncan and Russell Johnson. Attack of the Crab Monsters concerns a second scientific expedition that is sent to a remote Pacific island to discover what happened to the scientists of the first. Unknown to them when they arrive, the island is inhabited by a mating pair of two radiation-mutated intelligent giant crabs that consumed the first expedition. The giants are also slowly undermining the geology of the island, causing it to fall away, piece-by-piece, into the ocean. (Wikipedia)